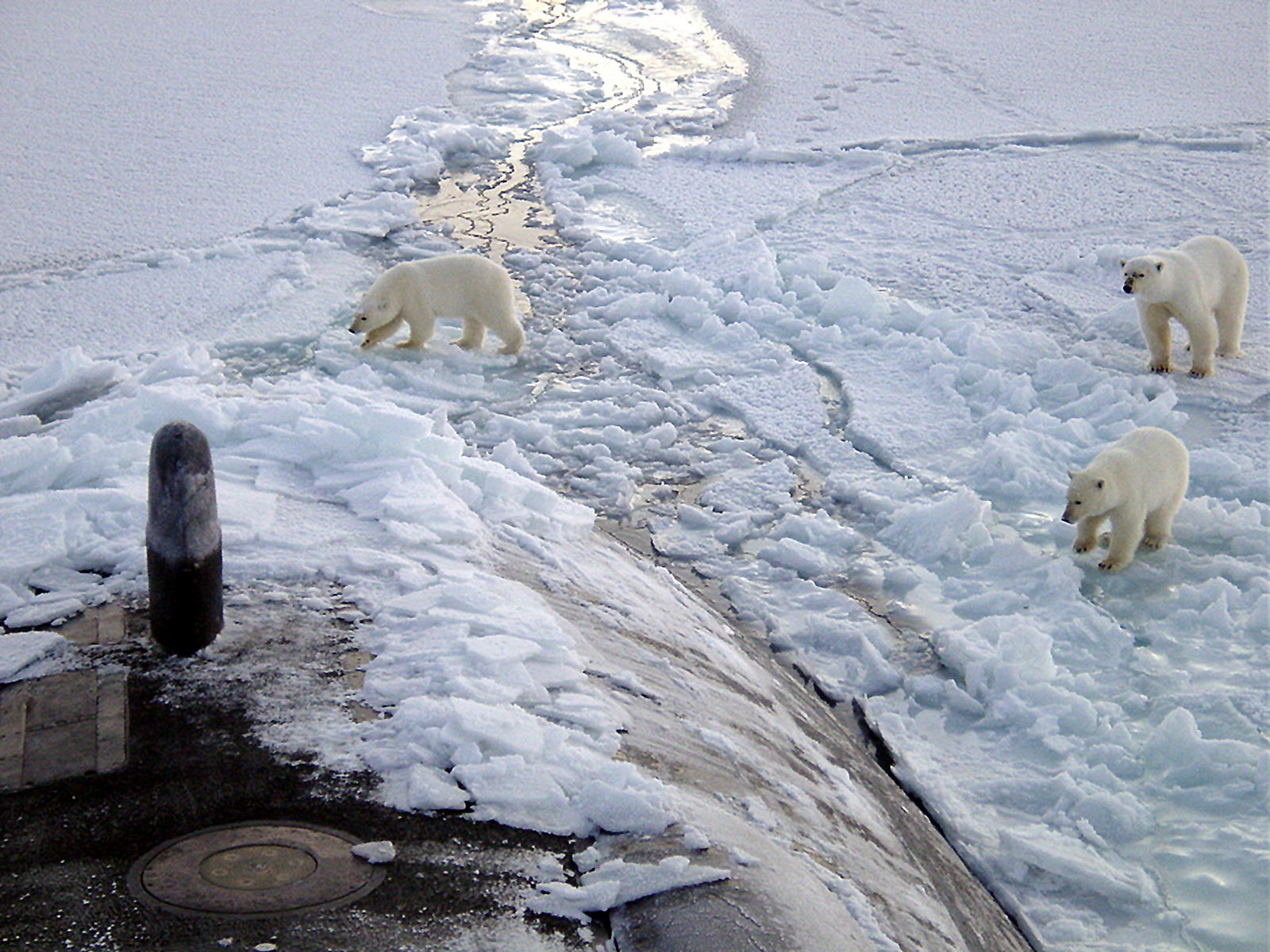 As the polar ice cap melts, opening both new trade routes and lanes of attack, Russian military forces have been ramping up their Arctic presence – and the United States is playing catch up. In April, a force of Russian ‘Spetsnaz’ special operators and paratroopers conducted an unprecedented high-altitude airborne training exercise in the Arctic, practicing a mock raid on a polar island.

The Drive explained that some of these troops jumped from Il-76 Candid transport aircraft at nearly 33,000 feet in a ”high-profile demonstration of Russia’s steadily growing capabilities in this ever-more strategic region…” Meanwhile, on May 1st, the Economist reported, two American destroyers, a nuclear submarine, a support ship, and long-range maritime-patrol aircraft, plus a British frigate, completed a joint anti-submarine warfare exercise in the Norwegian Sea.

More significantly, the Economist added, “on May 4th some of those ships broke off and sailed farther north into the Barents Sea, along with a third destroyer, remaining there until VE Day on May 8th. Russia’s navy, whose powerful Northern Fleet is based at Severomorsk around the corner, was told in advance, but still greeted its visitors with live torpedo exercises.”

While the tempo and interest of U.S. and NATO operations are increasing, this Arctic competition is not new. As the Russians have been expanding northward, re-opening old Soviet outposts and adding new forces, the U.S. military, and its NATO counterparts, have also been rediscovering their old Cold War focus on the Arctic.

In October 2018, for example, the USS Harry S. Truman aircraft carrier, and its escorts, sailed into the Arctic Circle for the first time since the end of the Cold War, 30 years ago, wrote Popular Mechanics.

The Truman carrier group had been participating in a joint NATO exercise, Trident Juncture, involving 50,000 troops, 150 aircraft, 65 ships and 10,000 vehicles, the alliance’s biggest exercise in decades. According to the Navy Times, “It sprawls across Norway, Sweden and Finland and is aimed at signaling resolve in an era of increasingly menacing actions by Moscow to the east.”

The Arctic is now a key potential great power battlespace. U.S. Air Force Gen. Terrence O’Shaughnessy, who commands both U.S. Northern Command and North American Aerospace Defense Command, has emphatically stated that a warming Arctic is ensuring that the U.S. homeland is no longer a sanctuary, reported Defense News. “The Arctic is the first line of defense,” O’Shaughnessy said.

Meanwhile, Russia, and to a lesser extent China, continue to increase their presence and operations in the region surrounding the North Pole. In that bigger context, Russia’s recent Spetsnaz demonstration was probably more show than substance, but informative, nonetheless. Especially due to the joint participation of various elite Russian units, and the heavy media coverage of the event. (RELATED: U.S. Battles China and Russia for Space Dominance)

According to The Drive:

The participants represent some of the most elite elements of the Russian security forces, as well. The Special Operations Forces Command reports directly to the Russian Ministry of Defense and its units, commonly referred to by the acronym SSO, are routinely deployed for foreign interventions, such as in Syria, and other highly sensitive operations. The Federal Security Service, or FSB, was one of the agencies to succeed the Soviet-era KGB intelligence agency, and the units assigned to the Special Purpose Center, or TsSN, are often described as analogous to American so-called “Tier One” units, such as the U.S. Army’s Delta Force or the U.S. Navy’s SEAL Team Six. Russia’s airborne forces, or VDV, are among the best trained and equipped elements of the country’s army.

As intriguing as the operation was, the highly publicized exercise on Alexandra Land – where a Russian Zvezda reporter was waiting on the ground as troops parachuted into the landing zone – also showed how the Russian military will be using these demonstrations of Arctic military prowess as part of their equally increasing influence operations.

Moving forward, the US should note it will be facing off with Russia, not just militarily in the Arctic, but also in the media battlespace, as well.

READ NEXT: Trump Administration Confirms Iran, Russia and China Working Together to Blame U.S. for Virus >>

It’s sad that US forces have to play catch up in the Arctic. You would think that our ally to the north, (ya, that’s Canada) would be in place to protect our northern flank. Well if not ours, then their own at least. But what can you expect from a country which doesn’t know which end of a rifle to take aim with. Justin Trudeau, their socialist prime minister is not even interested in protecting Canada’s sovereignty…no navy, no army, no air force to speak of. I hope he’s not counting on us to pull his A.. out of any fire soon.

My last month’s online earning was $17930 just by doing an easy job online. Easiest home based online job to earn extra dollars every month just by doing work for maximum 2 to 3 hrs a day. I have joined this job about 3 months ago and  in my first month i have made $12k+ easily without any special online experience. Everybody on this earth can get this job today and start making cash online by just follow details on this website………
HERE══════►►►  Read MoRe

China and Russia. Hum. Then iran and N. korea. Oh well what next?