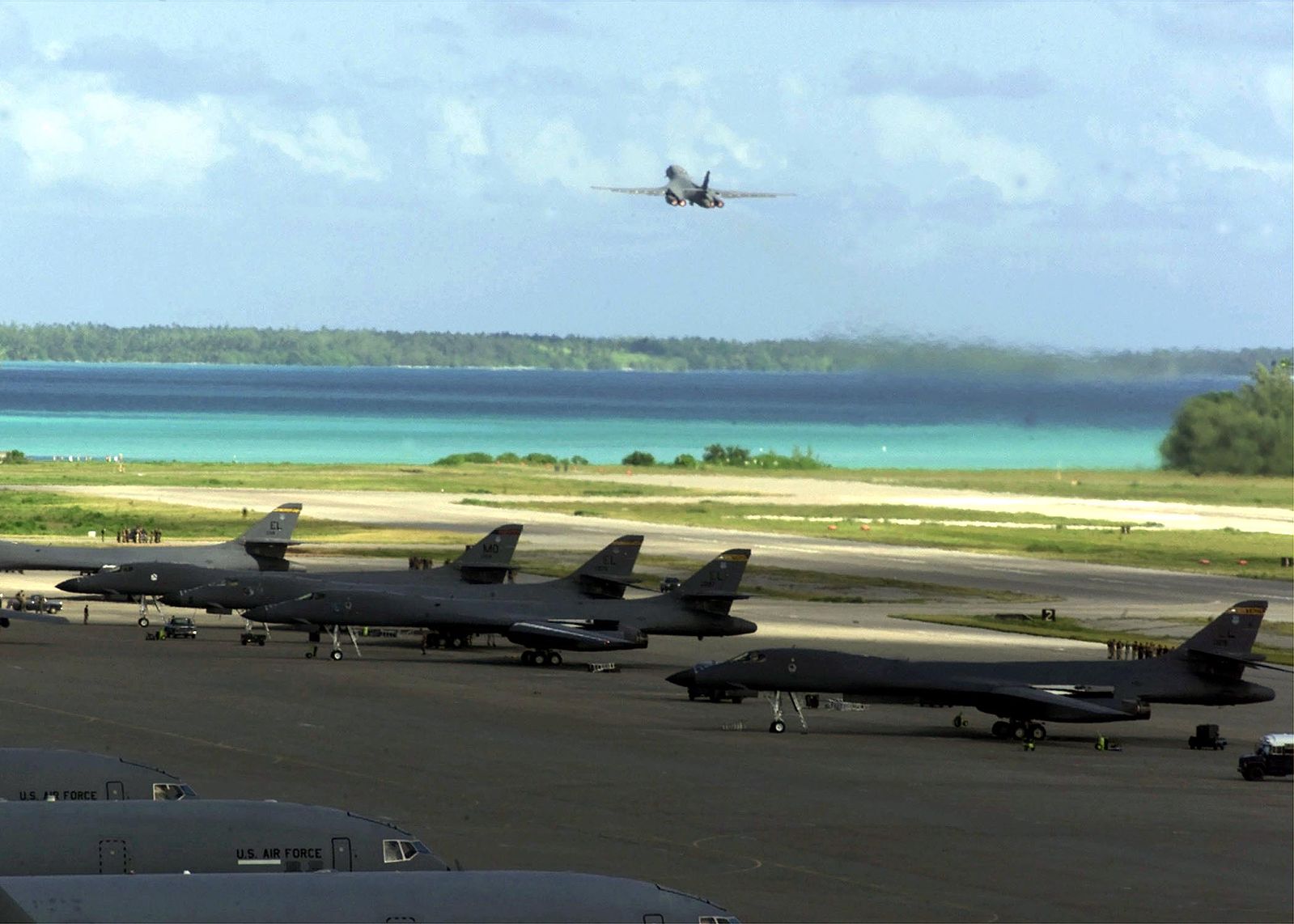 Less than a month after the US Air Force (USAF) ended its Continuous Bomber Presence (CBP) on the island of Guam, the Air Force has deployed four B-1B Lancer supersonic strategic bombers, and roughly 200 airmen, back to Andersen Air Force base. This deployment is a clear message to friends and foes that ending CPB does not mean ending bomber deployments to the region.

The Air Force’s 15-year long CPB mission had consisted of rotating massive B-52s, B-1B supersonic bombers, and stealth B-2A Spirit bombers for six months periods on Guam – located roughly 1,800 miles east of China, noted by The National Interest. During this time, bomber patrols from Guam over the East and South China Seas have been a major means of projecting U.S. airpower and resolve to North Korea, China and Russia.


However, last month the Air Force sent its five B-52H bombers back from Guam to their home base at Minot Air Force Base, North Dakota, the day after a major “Elephant Walk” bomber show of force on the Andersen Airfield runways.

Some – myself included – questioned the messaging and strategic communications logic of undermining that impressive show of bomber power presence on Guam by immediately announcing the end of that same continuous presence. My argument is that forward presence is deterrence. Thankfully, the Air Force’s bomber deployments since then have allayed some of those concerns.

The Pentagon has explained that CPB was being replaced by “less predictable” global bomber deployments in line with the 2018 National Defense Strategy and “Dynamic Force Employment” concept. These new bomber operations will support the Pentagon’s strategy of “operational unpredictability” by using a mix of aircraft that include B-52, B-1 or B-2 bombers from bases throughout the U.S. mainland and Guam, said a US Strategic Command representative in Stripes.

After ending CPB, “what was likely not predicted was that the U.S. military would quickly deploy four B-1B Lancers heavy bombers and hundreds of troops to the western Pacific territory to carry out a “deterrence mission” aimed at Beijing.” noted The National Interest.

However, since the B-52s bombers departed Guam on April 17, the Air Force has made its B-1s much more visible in the region, beyond just this four aircraft deployment to Guam, according to Defense News. This has included B-1B missions flown from bases in the U.S. such as one 32-hour flight from Ellsworth Air Force Base in South Dakota, to the South China Sea, and back last week.

Earlier in April two B-1s were sent from South Dakota on a 30-hour round trip flight to Japan, where the bombers were joined by U.S. F-16s and Japan Air Self Defense Force (JASDF) F-15 and F-2 fighters in a joint training exercise. These long-range B-1B deployments are clearly meant to demonstrate the US capability to support allies and strike targets in the South China Sea even with bombers based in the continental US.

As impressive as the B-52 Stratofortress bomber is, the B-1B is also a devastating platform, with added capabilities that should be noted by friends and foes alike. As Defense News reported:

The B-1 is able to carry a larger payload of Joint Air-to-Surface Standoff Missiles and a larger payload of 2,000-pound class Joint Direct Attack Munitions,” said Lt. Col. Frank, Welton, Pacific Air Forces’ (PACAF’s) chief of operations force management. “Additionally, the B-1 is able to carry the LRASM (Long Range Anti-Surface Missiles), giving it an advanced stand-off, counter-ship capability. It also has an advanced self-protection suite and is able to transit at supersonic speeds to enhance offensive and defensive capabilities.

Hopefully, the Air Force will continue to aggressively deploy and operate its long-range strategic bombers throughout the Western Pacific, unpredictably – but frequently – as a part of a more “dynamic” – yet still “forward deployed” deterrence against China, et al.

The Truth About the Failed Maduro ‘Coup’
Can America Achieve a “Future Without Waste”?

Ok now we need the military to start arresting the tyrants we have in the corrupt government. And see they get the punishment they deserve to the full extent of the law in the Constitution. Marines, airborne, Navy ,Air Force We The People would love for you all who served and that are still serving to start arresting the treasonous traitors that we have in the government today. You all swore an OATH to protect and serve. Against all evil foreign and DOMESTIC. NOW IS THAT TIME SO PLEASE GET THESE TYRANTS OUT OF OUR Government.

Hopefully they will bomb the DNC convention

Fly low and slow to minimize damage to Wisconsin non-combatants. Surgical is the key. Of course they could always stand-off and use long range missiles but where”s the fun in that?

Just put up “Gun Free Zone” signs, search all the attendees and let the snowflakes protect the crowds of more than three with scary chants

Having served with the Air Force on the island of Guam, it seems strange to me that the focus of posturing U.S. bomber resources as a ‘message’ to China, Russia, North Korea would be demonstrated when we have bases in South Korea, Okinawa and Japan, along with bases fairly close to Russia which are located in Alaska. Guam would be integral to bomber forces as a distant resupply and maintenance location (It sure wasn’t an R&R Mecca..) and in its current status as an Alert Bomber station for nuclear equipped aircraft to respond to aggression from nations upon America. It takes a long time to get those B-52s from Andersen AFB to any position to approach China and North Korea. Not only that, a Russian trawler patrols the waters off Guam, tracking Naval and USAF activities around the clock. Any aggressive mission profiles conducted from the island would be known immediately to Russian officials, and most likely Chinese leaders. It isn’t necessary to remind our military leadership that China, North Korea and Russia possess nuclear weapons, and they’re not going to sit back allow our forces to threaten and overrun their territory. Risking war in the current strategic environment is playing with fire. We need to deescalate our actions within Asia, and instead focus upon American Sovereignty. Our own borders are much more in need of protecting.