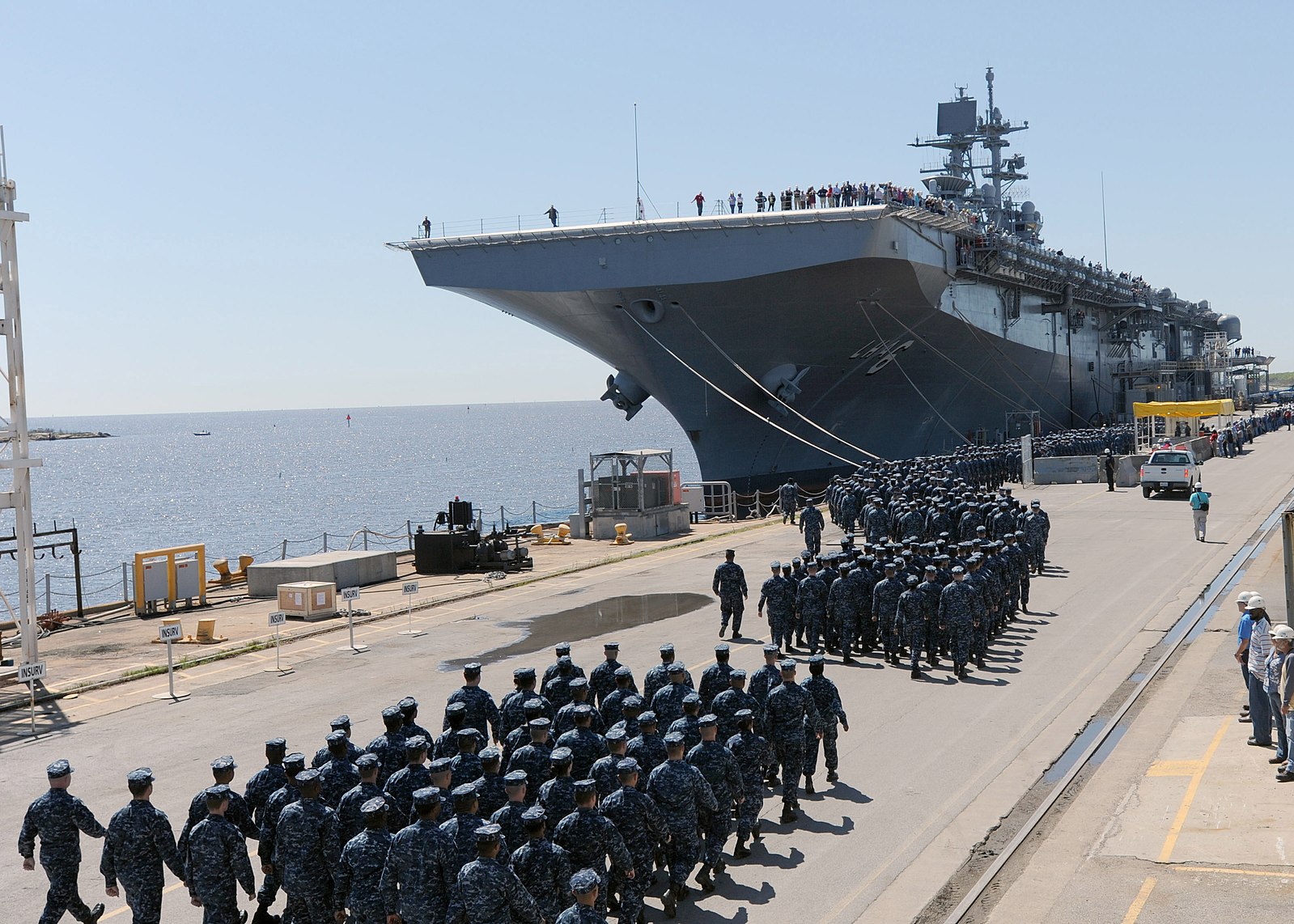 As China uses the Wuhan Coronavirus (COVID-19) distraction to expand its illegal naval presence in the South China Sea, the U.S. is countering with its own naval force — and now it is joined by the Australian Navy.

While U.S. super aircraft carriers such as the USS Theodore Roosevelt remain sidelined due to COVID-19, the U.S. Navy still has an ace up its sleeve. It has deployed a smaller Marine amphibious “lightening carrier” to the region. The USS America amphibious assault ship is the Navy’s newest class of big deck assault ship focused primarily on air-assault. It can also carry upwards of a dozen Marine Corps F-35 vertical takeoff stealth fighters.

America is now operating in the South China Sea along with the USS Bunker Hill, a guided-missile cruiser and the destroyer USS Barry. This task force has now been joined by Australia’s frigate HMAS Parramatta.

The U.S. and Australian ships are conducting exercises in the South China Sea near an area where a Chinese vessel is suspected to be exploring for oil, near waters also claimed by Vietnam and Malaysia.

According to Reuters, “The warships arrived this week close to where the Chinese government survey ship Haiyang Dizhi 8 has been operating, which is in turn near where a vessel operated by Malaysia’s Petronas state oil company is conducting exploratory drilling.” The Chinese vessel is escorted by a Chinese Coast Guard ship.

The Australian defense department explained that “During the passage exercises, the ships honed interoperability between Australian and US navies, including replenishment-at-sea, aviation operations, maritime manoeuvres and communications drills,” in a statement to Reuters.

While perfectly timed, the Parramatta’s deployment would likely have been arranged at least a year ago, and not designed for current heightened conditions.

According to Peter Jennings, a former Australian defense official with the Australian Strategic Policy Institute was quoted in the New York Times (NYT) as saying, at that time, “it probably didn’t know it was sailing into a heightened military environment,” adding, “It’s been made that way really since March, with the greater pattern of offensive operations that China is engaging in all the way from Japan to the South China Sea.”

China claims most of the energy-rich South China Sea, within a U-shaped “nine-dash line” on its maps, which is not recognized by its neighbors, or international law. To enforce its illegal claims China is becoming increasingly aggressive and provocative.

As the NYT notes:

Earlier this month, the Vietnamese accused a Chinese patrol ship of ramming and sinking a Vietnamese fishing boat. Last month, China opened two new research stations on artificial reefs it has built on maritime turf claimed by the Philippines and others. The reefs are also equipped with defense silos and military-grade runways.

Over the weekend, the Chinese government announced that it had formally established two new districts in the South China Sea that include dozens of contested islets and reefs. Many are submerged bits of atoll that do not confer territorial rights, according to international law.

Alexander Vuving at the Asia-Pacific Center for Security Studies in Honolulu said in the NYT, “The Chinese want to create a new normal in the South China Sea, where they are in charge, and to do that they’ve become more and more aggressive.”

In order to counter this growing Chinese naval threat, and maintain its influence in the region, the U.S. and its major Pacific allies like Australia and Japan, need to boldly increase their naval presence in the South China Sea. The U.S. should not be seen only deploying briefly at hotspots and then leaving, while its smaller allies in China’s line of fire face the Chinese dragon alone on a daily basis.

The U.S. needs to show it is in the Western Pacific to stay.

Haha….again….the rule is…”blow’em out of the water” to keep with Pres Trump’s releasing his Gulf commanders to do the job if they have to. No more Obama style rules of engagement.

Not our way! But a defensive posture w strong rules of engagement should suffice

A. D Roberts
Reply to  Steve

Is China willing to risk war with America and the world for its claims? That would also mean shutting down all trade with the world. No, the arrogant little Chinese leaders have bantee Rooster attitudes and believe they can win both ways. They don’t believe we will shut down trade as it means too much to our greedy businessmen. They don’t know Trump very well.

Communists only respect force, show any sign of weakness and they will take advantage of it.

Time to kick some Chinese ass.