US Reminds China of Its B-52 Bombers on Guam 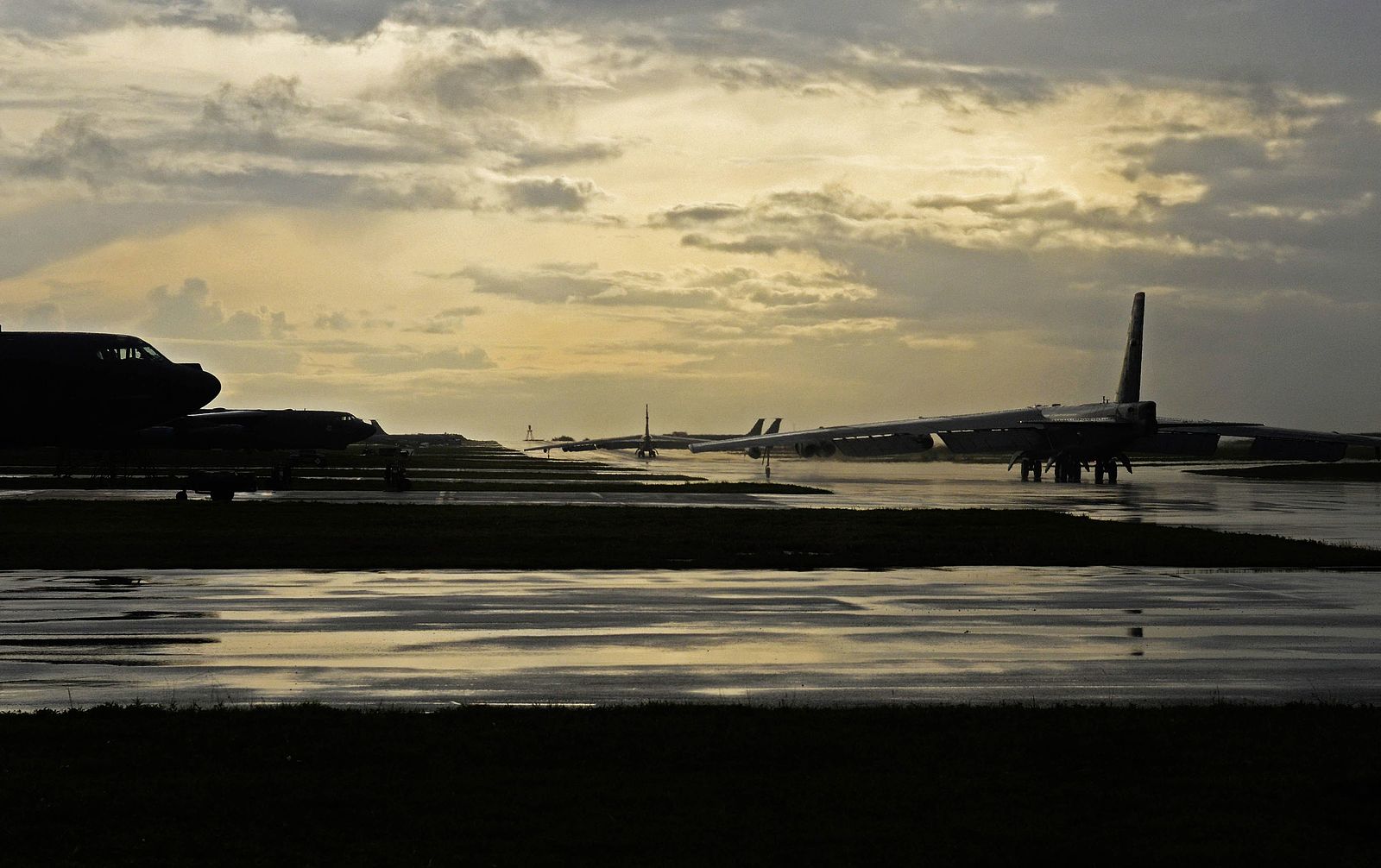 In a return salvo in the “information war” with China, the US made its own show of force in the Pacific. Shortly after China took advantage of the momentary absence of US aircraft carriers in the region, and threatened Taiwan with its own aircraft carrier and strike group this weekend, the US reminded China of its formidable bomber force based in Guam.

On Monday, at least a dozen aircraft from the US Navy and Air Force, including B-52 long-range strategic bombers, took a very visible “elephant walk” at Andersen Air Force Base in Guam. The base is about 1,800 miles east of China — well within the B-52’s range.

As previously noted, the USS Roosevelt and USS Ronald Reagan are the only two US carriers in the Pacific, but both have been sidelined and forced to dock due to coronavirus cases onboard. This has effectively given China free rein in the region with its own naval forces, sparking concern in the US and with China’s neighbors.

However, as the Pentagon and Indo-Pacific Command just highlighted, aircraft carriers are not the only forces the US has within striking distance of China. While the US needs to quickly return its supercarriers to their Pacific patrols, US Air Force and Navy bombers and other aircraft clearly stand ready to fill the breach in the meantime, if any conflict should arise.

Maybe all the B52s on the tarmac at Guam isn’t such a good reminder to the treacherous China – when Israel’s war for independence was gearing up after it was voted by the UN to be the State of Israel in November of 1947 the Arabs there declared war on the new Israel, which was to begin in May of the following year, 1948 – the scramble was on b/c Israel had nothing for war – it bought leftover Messerschmitts from Germany and put a navy together with scrap ships bought from the United States, all stuff from the 2nd WW – the preparation included pitchforks and frying pans (that the Israeli women fought on the front lines with) – while flying back in their ‘new’ Messerschmitts’ lay the entire Egyptian air force beneath those pilots – and the ‘war’ began early as Israel took out the entire Egyptian fleet.

Good idea, take out the Chicoms’ b bombers while on the ground, asap.

Better still. Cut all trade with China. Do it now and make them understand that the businessmen in America don’t run the country now.

Send them all over as an even exchange for this Coronavirus. Works for me!!!!