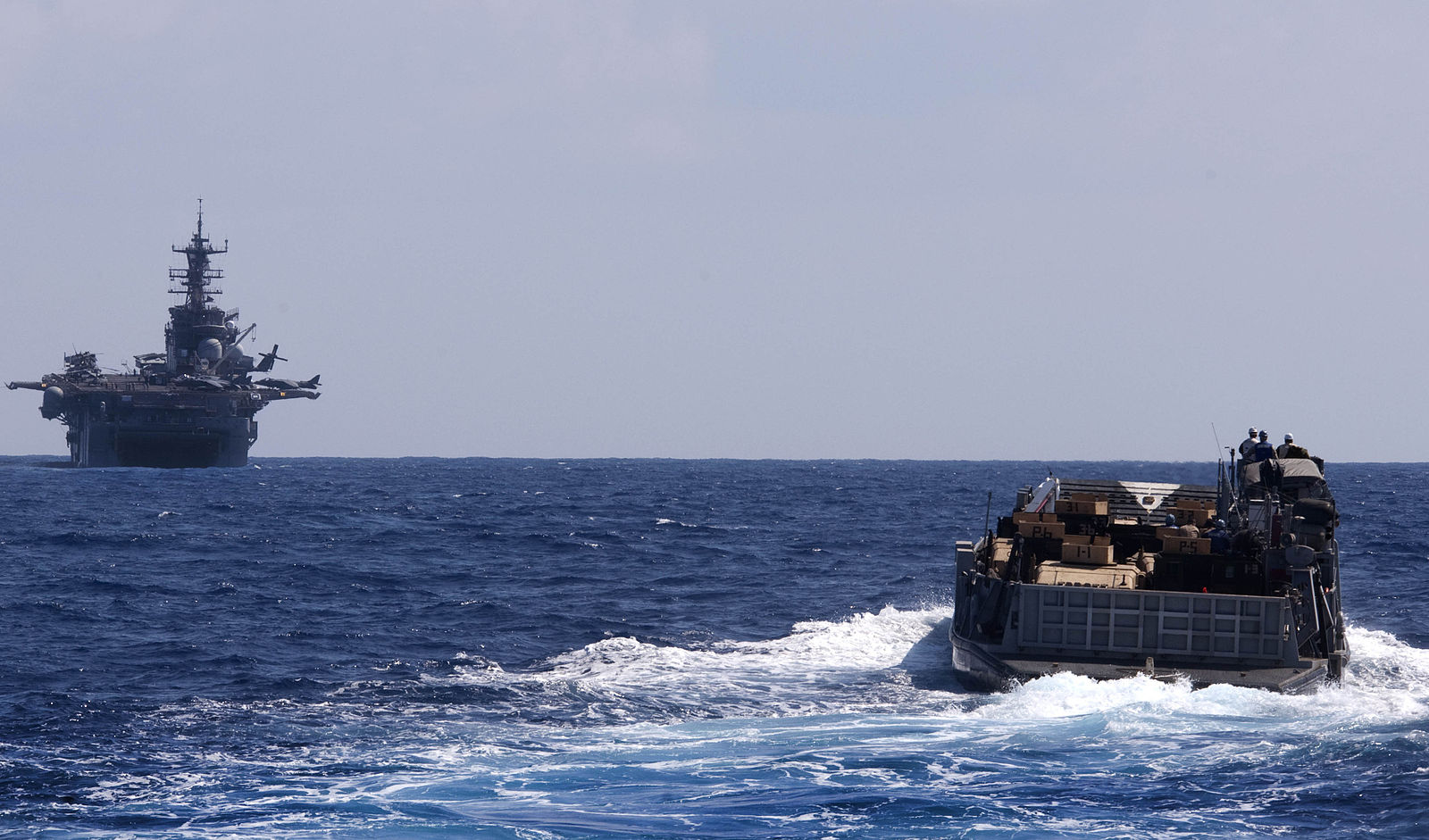 Having steamed across the Mediterranean and down the Suez Canal, an amphibious assault carrier with thousands of Marines has entered the Persian Gulf, becoming the first amphibious readiness group to enter the strategic waters this year.

While a U.S. naval officer told Stars and Stripes that the U.S. Navy deploys large warships through the strait to “reassure allies” and ensure “stability and security…” many naval analysts argue that in time of war, Iran would also want to pull an American carrier battle group as close to the Iranian coastline as possible to launch every missile it could at it to overwhelm its defenses.

Current U.S. supercarrier defenses are expected to be able to neutralize most of these attacks, but defenses from lesser carriers such as Marine amphibious assault ships might be less successful. In any case, while Iran’s missile arsenal may not pose a credible threat against U.S. carriers now, as Iran deploys more sophisticated missiles, the time may come soon when the Pentagon might decline to send any carriers beyond the Gulf of Oman, just in case.