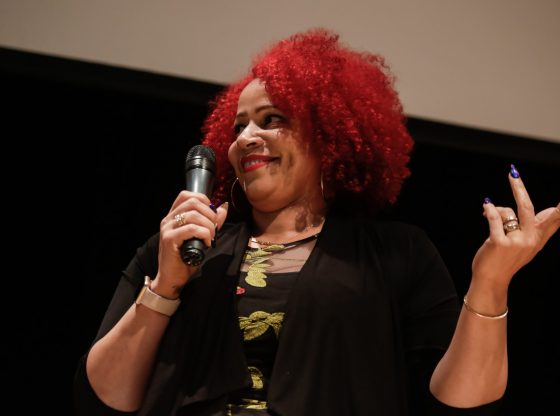 The head of the racist, far-left ‘1619 Project,’ Nikole Hannah-Jones has now been awarded tenure at the University of North Carolina after initially being turned down after a sustained pressure campaign was launched against the University.

In April, the University of North Carolina announced Nikole Hannah-Jones would join her alma mater as the Knight Chair in Race and Investigative Journalism, calling her “one of the country’s leading voices in journalism” and “at the top of her field.” Despite the university’s stated commitment to long-term diversity, the board of trustees chose not to grant Hannah-Jones tenure, which previous appointees to the position were granted.

The reversal received immediate pushback, including from the university’s own faculty, who demanded an explanation as well as tenure for Hannah-Jones. In an open letter, faculty called the decision “a concerning departure from UNC’s traditional process” and “especially disheartening,” because it occurred despite their support.

“Why has the tenure case of Nikole Hannah-Jones galvanized so many of us to stand together? I believe it is because we are committed to the idea that this first public university was created to foster a society that would stand for values and progress. That the university was intended to prepare our state for new centuries and new challenges,” wrote Susan King, the dean of the UNC School of Media and Journalism, in an op-ed for the Daily Tar Heel.

After Hannah-Jones sent a letter to state lawmakers requesting the preservation of evidence, suggesting a potential lawsuit against the university, the Board of Trustees held an emergency meeting. Some supporters, including young Black students, gathered outside the closed door session, but were “forcefully removed” by university police, according to one student. While the closed session was standard practice for personnel matters, Hannah-Jones and others noted that this had not been communicated with the public.

About 2 hours ago now, with @TaliajahV @jc_1303 @unc_bsm in support of @nhannahjones We were standing peacefully, when 4 officers forcefully removed us. Pushing, shoving and slapping. We protect us. pic.twitter.com/uUGq9IdtDc

Did Jones deserve tenure or did she use far-left intimidation tactics to force hapless college administrators to submit to her demands? Let us know what you think in the comments below.

She should be charged with EXTORTION , and I’ll bet she said, make me a BIG SHOT or I’ll make you wish you did, I will cause BIG TROUBLE, and they got weak kneed and fell for it, that is EXTORTION,

She needs to be put on the first plane back to Africa. And everyone who supports her needs to go there as well.

no please not Africa, we have enough corruption and evil people to deal with here, send her to Jericho or Timbuctoo

The school was intimidated by terrorists. Terrorism is NOT solely the province of bomb makers.