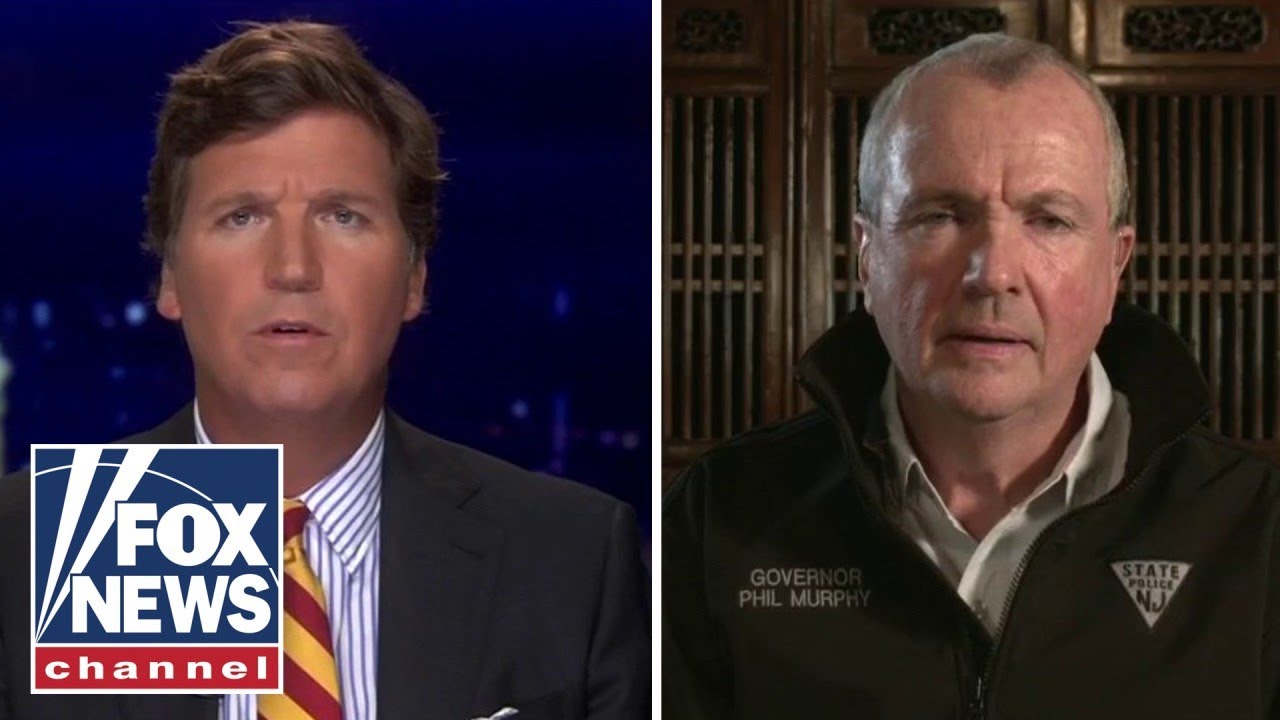 Gov. Phil Murphy (D-NJ) uttered a gaffe last night that will go down in history alongside the Howard Dean scream and Edwin Muskie’s “crying speech.”

Appearing on “Tucker Carlson Tonight,” Murphy said that he “wasn’t thinking of the Bill of Rights” when he signed sweeping executive orders to turning New Jerseyans’ daily routines on their heads. (Law&Crime)

In what could go down in history as among the most disastrous gubernatorial gaffes of the COVID-19 pandemic, New Jersey Gov. Phil Murphy, a Democrat, said Wednesday night on Tucker Carlson’s Fox News opinion broadcast that he “wasn’t thinking of the Bill of Rights” when he signed a series of broad-reaching executive orders which curtailed the freedoms of his loyal subjects — wait, sorry, we mean residents. The trainwreck is over; the railroad cars are scattered everywhere at this point. Let’s don our legal hardhats right now and try to put the cars back on the tracks. This is going to require some heavy gear and multiple cranes.

The first relevant New Jersey executive order, EO-104, shut down large gatherings of more than 50 people starting March 16th. The second such order, EO-107, ordered all residents to “remain home” starting March 21st unless they were leaving for a series of nine reasons, including work, education, and “religious” functions. EO-107 also banned gatherings in general, but with a caveat: “[g]atherings of individuals, such as parties, celebrations, or other social events, are cancelled, unless otherwise authorized.” The third relevant order, also dated March 21st, is EO-108. It prevented local governments from altering the governor’s orders by passing more or less restrictive measures. Murphy’s March 21st press release announcing EO-107 and EO-108 said nothing of religion. During a March 21st coronavirus briefing, Murphy said nothing of “religion,” but he did problematically say this (emphasis added by Law&Crime):

[U]nder this executive order, all gatherings are cancelled until further notice. This means no weddings, in-person services, or even parties. This decision is not an easy one and it pains me that important life moments will not be celebrated in the way we are accustomed to. And I know this will be disappointing to many residents, but my singular goal – our singular goal, not to mention frankly my job – is to make sure we get through this emergency so that you can safely gather with family and friends later and enjoy many more birthdays and weddings in the years to come.

To recap, the written orders allowed people to leave home for “religious” reasons while banning gatherings “unless otherwise authorized.” Arguably, then, EO-107 did allow religious services by “authorizing” people to leave home for “religious” reasons. However, because the governor said “in-person services” were “cancelled,” the governor’s orders were interpreted in some news reports to preclude religious services. In the wake of all of this, some local health officials reportedly issued mandatory health alerts aimed at religious centers and required them to be cleaned.

Governor Murphjy has run the most dictator state right alongside the Michigan and Nebraska and Virginia governors.
They are all Democrats working out of the same fuhrer barrel that Pelosi and Schiff and Nadler have been displaying before us, changing the rules to suit themselves.
AG Barr has been warning them, not with veiled threats, he’s coming right out and saying they are being monitored.
It takes some crazy people, which all dictators are, to ignore Barr and the Law.

Lucifarian Obamites are pushing their global aspirations to hasten revelations. To the flame goes the mosque.

Maybe you don’t get it. Barr can say anything. The Dems know that he will NOT DO anything. Just like he has not filed charges against Hillary, Comey, Mueller or any of the others who have violated our rights.
Prediction: Barr will do nothing.

skai
Reply to  A. D Roberts

A D Robert Agree with you 100% All Noting has been done to obama the imposter.

Badrooster
Reply to  A. D Roberts

A.D. Roberts. I fear sir, that you’ve hit the nail right on the head. The elitists politilical criminals will continue to walk freely away from the crimes that they’ve commited against the citizenry.

A. D Roberts
Reply to  Badrooster

Qiestion: Will the patriots dispense justice to these traitors when anarchy hits, or will we have to wait for God to give us justice?
Want hope? John 14:1-3 Let not your hearts be troubled.
Only one way for that to happen. For you to have taken care of your ETERNITY.

SATANIC THAT THEY ALL ARE. FROM WAY BACK TO NOW AND THEY ARE OUT IN THE OPEN.

SOON THE GALLOWS WILL WAIT PATIENTLY FOR ALL OF THOSE WHO HAVE COMMITTED TREASON. JUST AS THE 4 THAT HANGED AFTER THE ASSASSINATION OF ABRAHAM LINCOLN.

Lincoln was the tyrant that destroyed the republic, sailor boy. My dad served on the USS Enterprise in WWII. Guess how many on that ship thought that Pearl Harbor was a surprise attack ? Z E R O ! Amerika is evil. Full of cowards with a 2nd amendment, ruled by sissies & perverts

Q: What was your success rate?
A: What a dumb question. They all died.

Q: Is it possible to get the Smith-Corona disease and live?
A: I think so, but it would be rare.

Q: What is the best way to protect yourself so that you won’t get it?
A: Are you stupid? You can’t get away from it.

Q: Well, how come you didn’t get it?
A: I locked myself in my closet for 23 days. By that time the virus decided to go
elsewhere.

Q: Why did you come out after 23 days?
A: You aren’t thinking. The smell. The smell.

Q: What does the Smith-Corona virus do to you?
A: You really are stupid! It turns you into a typewriter!

Q: Is it possible to survive the last stage of the disease?
A: Only if no one hits your carriage return.

This is the funniest thing I have read in a long time. Well done.

Barr is going to follow up on the warnings with some heavy handed prosecution within two weeks or the Demoncrats [est. 2012] will see him as just another empty suit making noise on the wind.

and the enslaved to the Den of Corruption (since 1865) are making jokes. Pansies, cowards and brainwashed of the pubic skul sistem(not misspelled)

The US virus map clearly shows some Democrat Governors are keeping entire States shut down for PURELY Political reasons.
Punish the 98% over the 2% or less.
Over 80% of the Chinese medicare for all virus deaths are to those over age 65. Last time we checked they do not go to work. They are retired.

Phil Murphy is just another shit for brains Democrap asshole. No surprise that New Jersey has nine cities on the list of places that Americans don’t want to live anymore. That’s the most in the nation. Way to go Murphymotherfucker.

So who enforces the law when these lawless commie clown tyrants issue “orders” that are clearly in violation of the Constitution, Bill of Rights, Civil Liberties, and Rule of Law?
Law enforcement of ALL TYPES could stop this be refusing to enforce the commie cretins lawless orders.

The police state, they have been militarized and thugs hired that are trained to expect every citizen is the enemy if they question and demand whether unconstitutional or not, go to YouTube and investigate the truth about our police state…