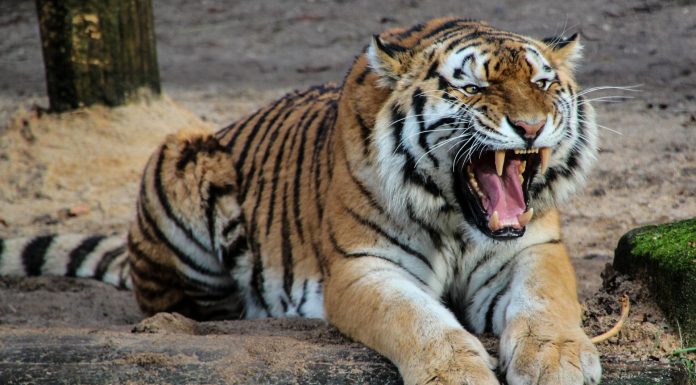 If you’re self-quarantined and have a Netflix subscription, there’s a good chance you’ve seen the true-crime documentary Tiger King.

The feud between the felonious former tiger-breeding libertarian Joe Exotic and the utterly hypocritical and possibly monstrous Carole Baskin is so bizarre that you’ll forget about the hardships of social distancing, if only for a little while.

But now there’s an interesting tidbit linking this band of misfits to the brother-in-law of Senator Marco Rubio (R-FL).

In the second episode of Tiger King (don’t worry — no real spoilers here), viewers meet Mario Tabraue, a media-shy zookeeper from Miami who just so happened to run a massive cocaine ring back in the day. Tabraue was busted by the feds in December 1987 and subsequently convicted on multiple racketeering and drug charges. He was sentenced to 100 years in prison but released in 2003 following a successful appeal.

Tabraue’s tale has all the classic marks of a great Miami crime story: a murder involving a machete, the smuggling of exotic animals, and, of course, a shit-ton of yeyo. But if you scratch the surface the teensiest bit deeper, you’ll find another interesting layer: a connection to U.S. Sen. Marco Rubio of Florida.

It’s crazy but true. According to court records, Rubio’s brother-in-law Orlando Cicilia worked closely with Tabraue as an operative in a $75 million drug ring that trafficked cocaine across the United States. Cicilia is married to Rubio’s older sister, Barbara.

According to authorities, Cicilia was Tabraue’s top lieutenant.

Government witnesses say Cicilia stored and packaged coke in a spare bedroom at his house in West Kendall — the same house where a teenage Marco Rubio and his parents lived for a short stint during the summer of 1985. In his memoir, An American Son, Rubio writes that he and his family were shocked when Cicilia was busted alongside Tabraue in ’87.

AAN Staff - June 2, 2020 2
Out of Control... Protests have spiraled out of control in dozens of large cities across America in the wake of the death of George Floyd. Watching...