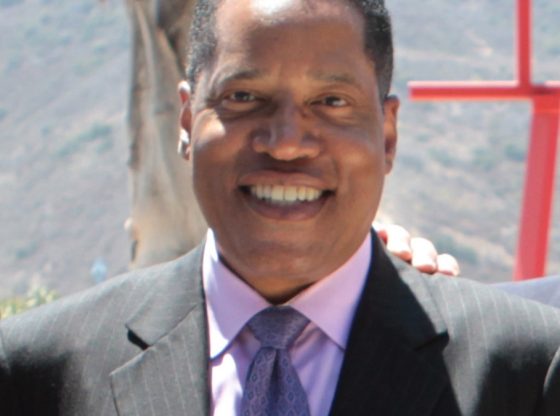 Washington, D.C. – With most polls showing California voters split evenly on the issue of whether Democratic Gov. Gavin Newsome should be recalled, a surprising endorsement in favor of his removal has the potential to tip the scales against him.

A video released Wednesday featuring former California State Senate Majority Leader Gloria Romero has the Democratic politician speaking out strongly against the embattled governor and in favor of his replacement by conservative commentator Larry Elder.


“Yes: I’m a Democrat. But the recall of Newsom is not about political party.  It’s about Newsom,” Romero, who occupied the top job in the California State Senate from 2001 to 2008, said in her message which, presumably, is targeted at Democrats, independents, and Hispanics who the Elder campaign thinks can be persuaded to vote Newsom out of office.

“Our public schools need big change. I’m Gloria Romero; I was the majority leader of Democrats in the state senate.  I believe in charter schools and school choice. So does Larry Elder — but not Gavin Newsom. He shut our public schools while he sent his kids to private schools,” Fox News reported.

The race is close. The website FiveThirtyEight, which has been tracking the polls since the beginning of the recall period, finds that “Keep” is narrowly ahead of “Remove,” 48.8 percent to 47.6 percent, well inside any potential margin of error.

Early voting in California has already begun. Romero’s endorsement may help Elder with support among Hispanics who, polling data finds, tend to be supportive overall of initiatives like school choice. Polls have show Elder with a considerable lead over the other 45 candidates on the recall ballot. Voters are being asked first to choose whether Newsom should be recalled and, if a majority opt for “Yes” then the leading vote-getter among those vying to replace him will become the state’s next governor.

Newsom CATHOLIC TRAITOR will get several million write in votes from the cemeteries of the CATHOLIC DEAD.

You haven’t answered my question: Who was Trotsky?

1) A Polish guy who always ran near the back of the pack during marathons.
2) An early Russian Communist who was exiled to Mexico and killed by a Stalin henchman (or so the story goes).
Take your pick.

Lev Davidovich Bronstein, a Bolshevik who later turned moderate, fell out of favor with Stalin’s goons and was brutallyassassinated in Mexico.

I picked someone else. It seems that media types and other celebrities are only good at making noises. A conservative governor in King Newson’s Court will find that they’re isolated, attacked from all directions by the media, courts, legislature and the liberal ‘base’ of dependent constituencies. Any phrase a conservative official makes will mobilize these forces to inhibit their efforts to reverse liberal laws and policies. California needs a Reagan-type leader who’ll function effectively in such a caustic environment. More importantly, that leader will need to mobilize Californians to adopt the form of government that will save our state from the crushing regime we’ve installed in Sacramento.

You forget Reagan was a Hollywood actor and again the left said he couldn’t do the job.🤔🤭🤭

So was Ahnold, but you must admit Reagan was a born politician who had the ability to convince even stalwart democrats to accede to his viewpoints. When he was president–for two terms–Americans were more optimistic. Liberals doom us to suffer from Climate Change and Anti-Abortion Xenophobes, when they’re not waving multitudes of illegal aliens over our border.

They’re definitely socialists, and the worst kind of Socialists–they migrate to other countries to start the process of sucking the natives dry. Those people made their nations poverty pits with their form of social ‘justice’. Notice please that Numb Nuts is advertising our social programs south of our border to draw illegal aliens across. The man is not only a traitor, he’s a Globalist traitor who’ll ignore their domestic gentry to compile voting blocks from gerrymandered, non-citizen districts.

also he was a democrat once just like trump!

No matter. Soon the San Andreas fault will buckle and send all the Communists and corrupt-a-zoids into the bowels of the earth and entomb them in rock, sand and brine. Good riddance!

Stone Faced Liar, just like his kin peelousi. They have so much money, it’s a pay for the way. Deport newsom, and peelousi to Afghanistan. I poop on these lowlifes