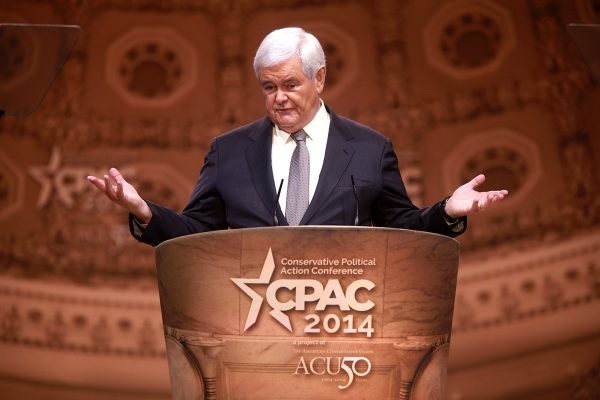 Former GOP Speaker of the House Newt Gingrich slammed Vice-President Kamala Harris after the latter made a series of insulting remarks about Rural Americans.


Former House Speaker Newt Gingrich told “Fox & Friends” on Monday that the Democrats’ push against voter ID requirements has been a “dead loser” politically, reacting to Vice President Kamala Harris claiming rural Americans would not be able to prove their identity in some cases.

The average American, including, by the way almost all Democrats, about 85% of the country, believe you should have to have a photo I.D. You should be able to identify who you are. You know, most Americans are for everybody who is legal voting. They are for everybody who is legal being counted. … So, I think this is a dead loser for the Democrats. I think they are trapped into it. I have noticed a lot of other Democrats other than the president and vice president have been getting away from the issue.

Harris looks like a fool more than a vice president about half the time and I can’t wait for her comments on Cuba, if she knows where the island even is. … You know and I know, she hasn’t been in an office supply store in her life. She has staff. So she wouldn’t have any idea where office supply stores are. And I would love to know the last time she xeroxed something personally or if she even knows what a Xerox machine is.

With Kamala constantly tripping over herself every time she speaks to the press, is it any wonder that former President Trump is feeling confident about his chances in 2024?

Giggles Kamala’s brain fell out while she was heels-up!

Perhaps her pot use had a debilitating effect on her thought processes.

Now she is telling everyone that farmers don’t have the smarts to find their way to town to vote this comes after she said that blacks cannot do the same paper work that whites have to do.What do you think she is implying here? I am a retired farmer and if I were black I would be doubly pissed