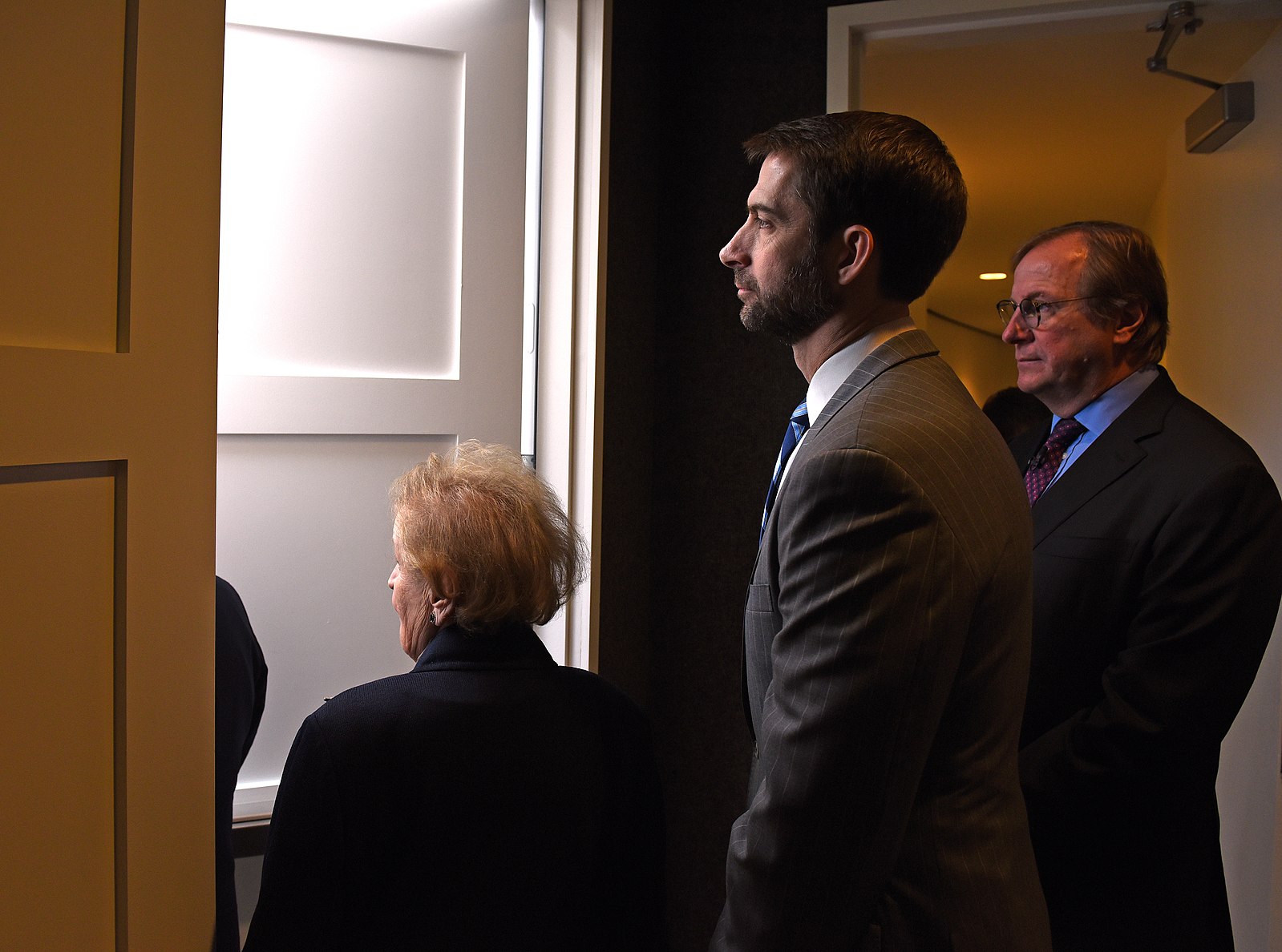 As Communist China appears daily to be increasing its military capabilities and intent to invade Taiwan, U.S. Senator Tom Cotton says it’s time to end America’s policy of strategic ambiguity and announce an “explicit and unambiguous” commitment to defend Taiwan from a potential Chinese invasion.

As The Washington Free Beacon notes, “For decades, Washington has made it unclear as to how it would respond to a Chinese invasion of Taiwan, which Beijing views as its sovereign territory.” As I have previously written, Cotton argued at a Hudson Institute event that a public defense commitment from the United States would send a message to China and limit the likelihood of an invasion.


“The main source of restraint in the minds of Xi Jinping and the Central Military Commission is whether or not an invasion of Taiwan would succeed,” said Cotton.

That invasion success depends in great part on how quickly U.S. forces can respond to an attack on the island nation. A public U.S. declaration to defend Taiwan would signal “strategic clarity” to both China and Taiwan. It could reduce the U.S. military response time and should increase the deterrence against China.

Senator Cotton talked about the need to ‘restore deterrence,’ which is a particularly critical issue in Asia. I think there is much to recommend this position, as long as it is carefully and accurately described to both Taipei and Beijing.

China has been steadily increasing its amphibious capabilities to potentially deploy against Taiwan, while displaying increasing aggression toward the island nation, including numerous naval drills by the People’s Liberation Army Navy (PLAN), hostile rhetoric by the Chinese Communist Party (CCP), and constant incursions by jet fighter aircraft of the PLA Air Force (PLAAF).

In response, the Trump administration has increased military sales to Taiwan, angering China. It cleared the sale of advanced Patriot air defense missiles, sophisticated sea mines, and drones to Taiwan, as well as the recent sale of 66 advanced F-16 Viper jet fighters.

Senator Cotton advocates for even more arms sales, which will only make the possibility of a successful Chinese invasion harder. Secretary of Defense Mark Esper said this week that a strengthened Taiwan will deter Chinese aggression. This should be an obvious strategic truth.

I don’t have anywhere near that clout as these ppl but I’m even getting flack from Google games for spreading Infowars links on their stupid games world chat lines… whatever… I’m trying as best I can givin my current situation …… http://Www.jobztalk.Com

I don’t have anywhere near that clout as these ppl but I’m even getting flack from Google games for spreading Infowars links on their stupid games world chat lines… whatever… I’m trying as best I can givin my current situation… http://www.jobztalk.com

By not quickly stopping the coronavirus from escaping from China the CCP has committed a passive aggressive act against the US and the world. Its purpose was to weaken the US alongside with China!