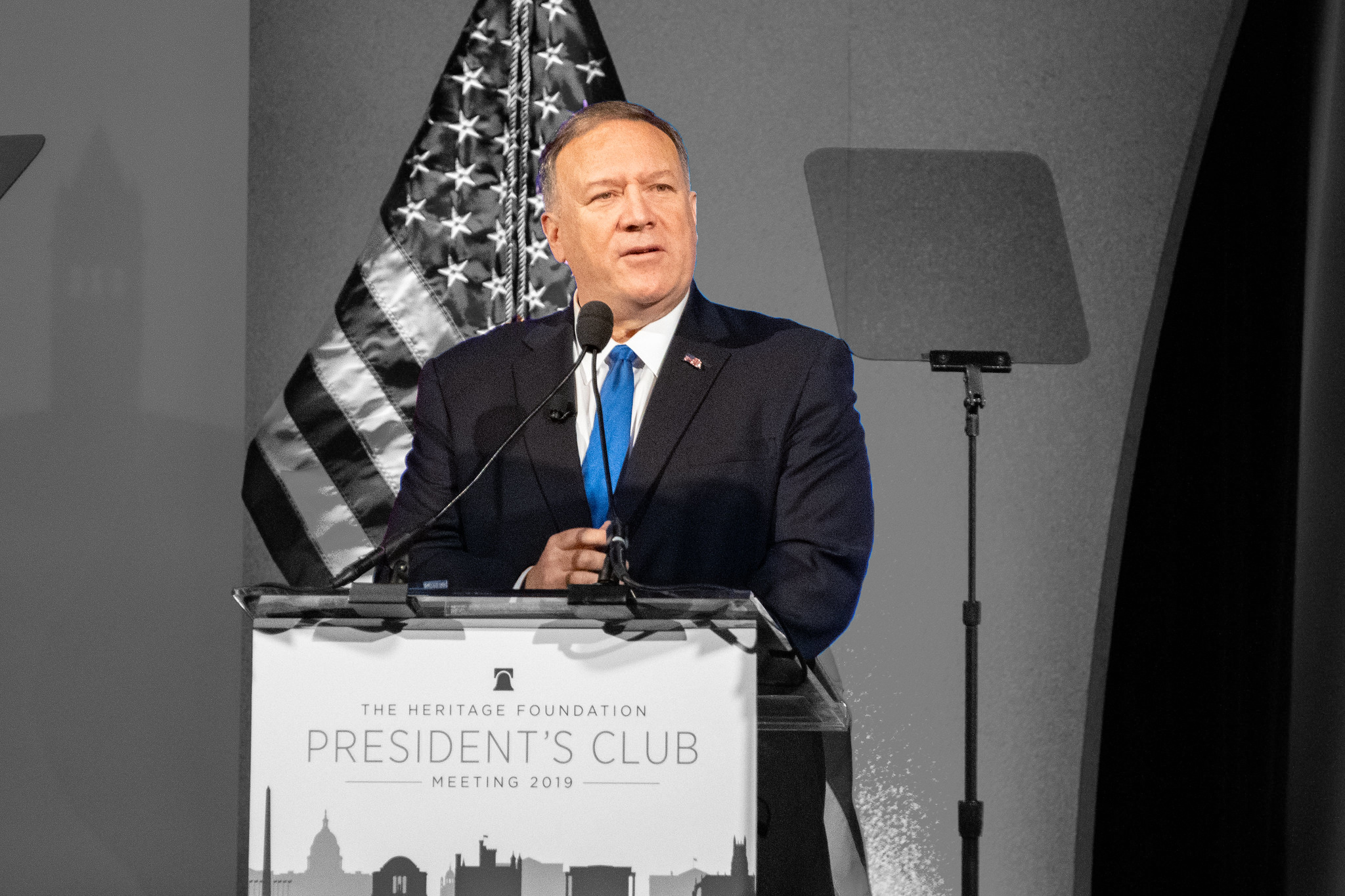 On Friday, the House Foreign Affairs committee announced that it will begin work on a resolution to hold Pompeo in contempt of Congress. The committee cited Pompeo’s ongoing refusal to comply with their subpoena into his records as a primary reason why it is initiating the contempt proceedings.

In a statement, outgoing Rep. Eliot Engel (D-NY) — who chairs the committee — slammed Pompeo over what he called an “alarming disregard” for the law.

“From Mr. Pompeo’s refusal to cooperate with the impeachment inquiry to his willingness to bolster a Senate Republican-led smear against the President’s political rivals to his speech to the RNC which defied his own guidance and possibly the law, he has demonstrated alarming disregard for the laws and rules governing his own conduct and for the tools the constitution provides to prevent government corruption,” Engel wrote. “He seems to think the office he holds, the Department he runs, the personnel he oversees, and the taxpayer dollars that pay for all of it are there for his personal and political benefit.”

In a virtual press conference earlier this week, House Speaker Nancy Pelosi (D-CA) condemned potential Hatch Act violations during the RNC, but suggested that looking into such possible misconduct is not a top priority at the moment.

The State Department has not yet responded to requests for comment as of this article’s publication.

Just a bunch of dumb-a– democraps. Remember to vote in November so we can get Pelosi OUT!!! She is such a LOSER!

Pelosi needs to be removed from speaker job they selfish the only real important to them is there agenda is there wishlist.

She should be fed feet first into a wood chipper. And hope it jams halfway.

If anybody has the word “contempt” in their description, it is the Democrats! These are the worst of the worst and I pray all will be removed come November!

Unfortunately Mary Lou, the Democraps ate expected to win more seats in both houses. How the idiot voters can keep electing the dirty rotten libtards who treat the voters for like shit. Tis said the voting public gets the government it deserved.

Wrong first name, but good Everly Brothers song from “Back in the day”.

TALKING ABOUT DISRESPECT OF THE LAW I IMAGINE HALF OF THE DEMOCRATIC PARTY SHOULD BE PROSECUTED.

I think you should change the word to electrocuted!