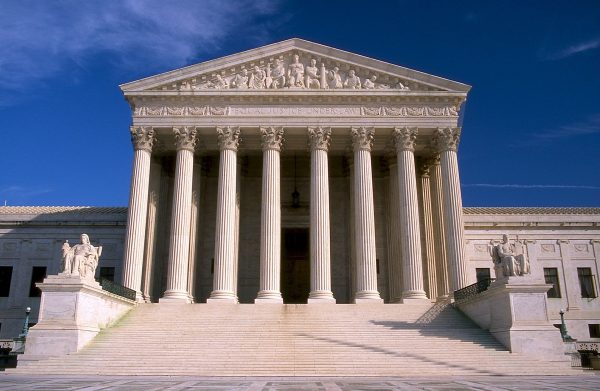 In a 7-2 decision, the Supreme Court ruled minutes ago that the Trump administration can deport some foreigners seeking asylum without giving them the opportunity to contest their claim before a judge.

The ruling applies to asylum seekers who fail the initial screening. Justices Elena Kagan and Sonia Sotomayor were the Court’s two dissenters.

In a win for the Department of Homeland Security, the Supreme Court said that a Sri Lankan farmer who lost his bid for asylum in the US after immigration officials ordered his removal could not challenge that decision in federal court. https://t.co/Vzim0wL4pw

The ruling is also a win for President Trump, who recently expressed frustration with the conservative-leaning Supreme Court’s decisions.

Good, now get rid of them so that idiot in Calif. doesn’t give them checks.

You must be talking about our [great–tongue in cheek,] Gov. Newsom. State is 55 Billion in the hole. This idiot wants to give more taxpayer dollars to illegal aliens. I heard about $75Million. That’s Ca. ruled by liberal “think.”

In truth, we have one hope.
Pray.
The fervent prayer of a righteous man availeth much.
And right now, we need God to remove not only evil immigrants from our nation. We need Him to remove bad judges from our SCOTUS. Yes, I believe God can do it.

Not just a win for homeland security but for America and the American people. We welcome legal immigrants. You come here illegally or overstay any visa you are illegal and need to be removed. We already have too many homegrown terrorist and criminals, we don’t need illegals adding to our problems.
Leftist that want illegals here need to go with the illegals to their countries of origin, and take care of them there.

Fully agree Terry. And let’s send Kagan and Sotomayor
off with them. Our nation has enough local freeloaders without adding the non-citizen, non-contributing category onto the Treasury payout.

So totally agree! We need all hands on deck, just to clean up the mess that Obama allowed into our country!