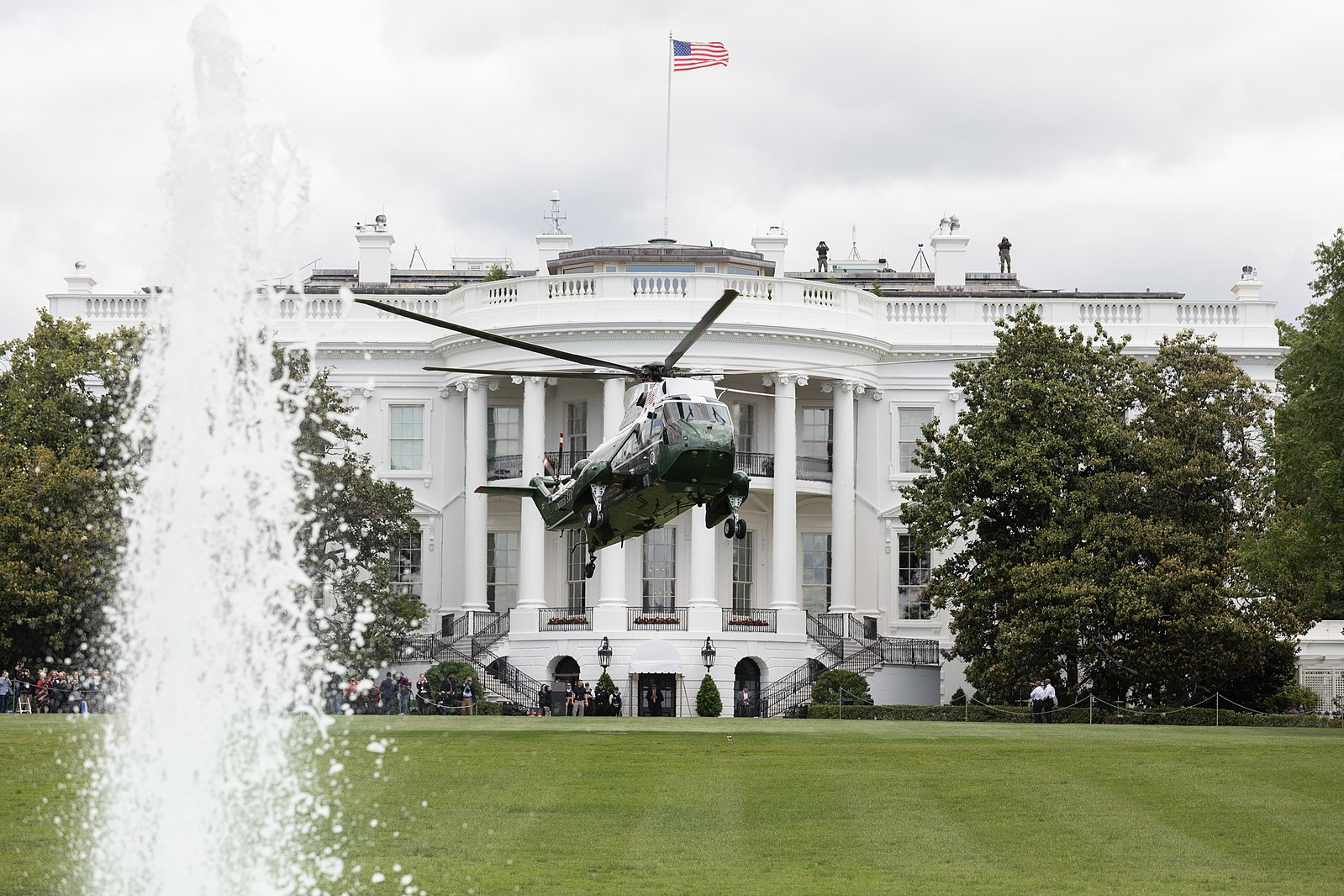 In short – the answer is NO. Obama officials have been using the mainstream media to falsely claim that President Trump, and his then-national security adviser, John Bolton, “dissolved the office” at the White House in charge of pandemic preparedness.

Not only is this politically motivated, it is dishonest and false. According to Tim Morrison, the former senior director for counterproliferation and biodefense on the National Security Council (NSC), this accusation is totally “specious.”


As Morrison wrote in the Washington Post on March 16, when he joined the NSC staff in 2018, he inherited a strong and skilled staff in the counterproliferation and biodefense directorate.

“This team of national experts together drafted the National Biodefense Strategy of 2018 and an accompanying national security presidential memorandum to implement it; an executive order to modernize influenza vaccines; and coordinated the United States’ response to the Ebola epidemic in Congo, which was ultimately defeated in 2020.”

Clearly, the White House’s pandemic response capabilities were in no way reduced or impaired.

Yes, the Trump administration since 2017 has rightly been shrinking the bloated NSC staff which had quadrupled from the Clinton Administration through Obama. But former Defense Secretary Robert Gates, congressional oversight committees, and even former members of the Obama administration, all agreed the NSC was too large and too operationally focused. It needed to be pruned and streamlined.

Morrison explains that part of this NSC streamlining was to create the “counterproliferation and biodefense directorate,” which was the result of consolidating three directorates into one, due to the obvious overlap between the areas.

“It is this reorganization that critics have misconstrued or intentionally misrepresented. If anything, the combined directorate was stronger because related expertise could be commingled.” He states.

“The reduction of force in the NSC has continued since I departed the White House. But it has left the biodefense staff unaffected,” Morrison adds, “perhaps a recognition of the importance of that mission to the president, who, after all, in 2018 issued a presidential memorandum to finally create real accountability in the federal government’s expansive biodefense system.”

President Trump has been doing what is needed to ensure a proper national biodefense posture.

As described elsewhere, the NSC is designed to ensure that the President gets all the options he needs from all departments and agencies to make an informed decision and then coordinates the implementation across these same departments and agencies. Morrison does say that he worries that “further reductions at the NSC could impair its capabilities,” but believes “the current staffing level is fully up to the job.”

Let’s stop spreading politically motivated disinformation during a crisis, and ensure the NSC continues to have the right size staff and structure to effectively pursue its mandated function to provide options and coordinate policy implementation on a strategic level.

This includes the current counterproliferation and biodefense directorate, which is key to helping the White House face the current Chinese coronavirus pandemic and even worse pandemics that may be looming in the future.

Now if the Pandemic unit was not disolved and put in different units broken up now who exactly is the head of the Pandemic unit who controls what and when they do something.
Now please do not say Trump who has no idea even what a pandemic is let alone how to deal with it. Trump is a business man not a Pandemic expert likie was in charge whrn it was desolved.

Robert sounds like a Communist Propagandist, problem is, he’s not mixing “Some” of the truth with the LIES. Normally those LIARS on the left Bait with the truth, THEN go full-bore with the Fake News and/or LIES. Got that Robert?

DonL
Now explain to me why the true experts in the Pandemic field were dismisseed and the actual unit was integrated into other units with no Pandemic professional in charge of a Pandemic unit which was n o more because itr was put under other persons who knew nothing about inmfectious pandemics.
Now like getting rid of a specialize surgeon, of a specialized surgical unit, while putting the people in other units, that it still exists. Now if that is so, why is it some would say the unit still exists.

Grow up. There is info out to describe the situation correctly but lefty freak are trying to use the situation for political purposes ONLY which includes the MSM and blowing it out of proportion for said purposes. AND no, I’m not wasting my time explaining. You just keep listening to CNN and MSNBC and the rest of the lame stream media.

Tell me Robert, How many people is needed to figure out how to be prepare for a virus that you never seen before? Why isn’t there a stock pile of respirators, mask, food and hand sanitizer? Why isn’t there a plan for emergency hospitals? The Pandemic people in charge must have been playing golf for the last 20 years. Tell me WTF have these clowns been doing? China hid this for 7 weeks before they announce an Outbreak. By then millions have been in and out of China. The virus was spreading here in the US before the world knew wtf was going on.

HG, Its very simple, you have been lied to. Fact, Several years ago, after learning that the New York State’s stockpile of medical equipment had 16,000 fewer ventilators than the 18,000 New Yorkers would need in a severe pandemic, state public-health leaders came to a fork in the road. They chose to implement a rationing plan in stead buying the ventilators. They had the money, but chose not to. Now they are paying the consequences. To suggest this is a federal problem is bogus.
Now even with that reality, the US averages 5 times more ventilators per capita than the UK. Italy is even worse.
New York has 4000 ventilators in storage. Cuomo says they don’t need them yet. The hospitals are saying they do. Trump told New York to distribute them. People are playing politics trying make Trump look bad. I think the only thing we don’t know for sure is if the hospitals, Media or Cuomo are lying. We do know they exist – no one has denied that. We do know Trump has told them to distribute them. The last two things are well established facts. How do you respond to those facts?

Dave lets not forget the illicit investments made by Governor Cuomo instead of investing in NY’ers medical well being. After all it is our tax dollars, but instead Cuomo invested $750,000,000 on a failed Solar Panel Manufacturing Plant, $600,000,000 on a failed Computer Chip Manufacturing Plant that even the building has yet to be occupied which puts those bills on taxpayers back and lastly $90,000,000 on a bogus Lightbulb Manufacturing Plant. Again all failed investments but he failed to see the need to purchase 16,000 ventilated for a reduced rate of $572,000,000. Is it Gov. Cuomo’s thinking if anything happens the Feds will bail NY out???? ALL Governors are responsible for keeping their States as ready as possible for the unforeseen.

Sorry ventilators not ventilated. My bad

Thank God sleepy joe isn’t in charge. Trump has surrounded himself with the best people to handle this pandemic. The left lies and Obama who sat on his hands for 6 months in 2009 with the swine flu, have no right to criticize this President. 1000 people died before Obama did anything. He never banned travel from other countries. Donald Trump was called a racist for banning travel from China. The left never lets a catastrophe go to waste. Rahm Emmanuel said that. Instead of supporting this President and being a calming influence, they are creating havoc and panic by all their lies. They are a disgusting bunch. I would say evil and should never get power. Our President has acted in a swift and decisive manner and when all is said and done will have put we the people in a good position to defeat this virus. Everything he’s initiated will be the new normal when other pandemics hit. All has been unprecedented. This is why the MSM and the previous admin is bashing him. They know he makes Obama look like the failed President he was. Obama was just voted the worst President in history. Jimmy Carter’s happy about that. The left are a pathetic bunch. They are negativity in action while Trump is a shining example of optimism. Where sleepy joe? Anyone hear from him? He is still wondering what state he’s in and he’s in his own house. What losers these lefties are.

Trump has no idea what a Pandemic is??? Let’s see, his IQ is obviously way above yours. He is a billionaire (I take it you are not a billionaire and I am guessing; not a millionaire either; a thousandaire maybe? Oh yeah, he also beat Hillary for the Presidency. But he just can’t understand a Pandemic? You are either deranged or just don’t have the mental ability to comprehend anything, Robert.

And let me just say your an idiot

I meant Robert is

Robert is funny isn’t he? I have to wonder how much money was wasted trying to educate him.

Hey Robert….tell me which President has expertise in dealing with a pandemic situation? Certainly not Obama! He was a community organizer whatever the heck that is! Presidents are elected because of their leadership abilities, not b/c they experienced in spread of viruses. And Trump is doing exactly that.

Will
Reply to  Don Paris

Swell said. And remember, obama was too busy playing golf and lunch bucket joe was too busy stealing taxpayer dollars from china and Ukraine when the H1N1 virus hit in 2010 and it was not after 4000 deaths in America did they pull their heads out of teach others asses that it was time (6mos) to involve the CDC.

Amen. Barry was not a leader and surrounded himself with worthless people. Now they are the critics. Go figure.

Obama was a sick joke on the American people and nothing more. Problem with many in this country is that they look at the presidency as just a job where one can make great notoriety, money and acceptance in high places…the so called brass ring of a Merry Go-Round. Their understanding of Leadership; problem solving; and integrity is next to nil. This is how we got in so much trouble with Obama and others. You don’t hire people based on their color or good looks; you hire them based upon their being smart and having the right qualifications. Just crazy otherwise!!!