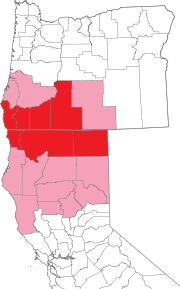 Across the country, suburban and rural residents in blue states are increasingly seeking to break away from Democrat rule imposed by the geographically tiny, yet densely populated urban centers.

And while secession remains highly unlikely, it’s constitutionally feasible and is gaining traction in places ranging from Eastern Oregon to the conservative bastions of Western and Southern Virginia.

“Oregon is controlled by the northwest portion of the state, Portland to Eugene. That’s urban land, and their decisions are not really representing rural Oregon,” said Mike McCarter, president of Move Oregon’s Border for a Greater Idaho. “They have their agenda and they’re moving forward with it, and they’re not listening to us.”

In Virginia, the newly elected Democratic majority’s progressive legislation on issues such as gun rights has spurred “Vexit,” or “Virginia exit,” a campaign to merge right-tilting rural counties into neighboring West Virginia that organizers say has the potential to catch fire nationwide.

“To be honest, if this works — you’ve got a lot of red areas in this country that are totally dominated by a blue metropolis,” said Vexit2020 leader Rick Boyer, a former member of the Campbell County Board of Supervisors. “If it works in Virginia, there’s no reason it can’t reshape the political map.”

Such campaigns can only be described longshots — no state has split off since West Virginia was carved from Virginia in 1863 — but the growing interest comes as those living outside cities wrestle with the consequences of the 1964 Supreme Court decision in Reynolds v. Sims.