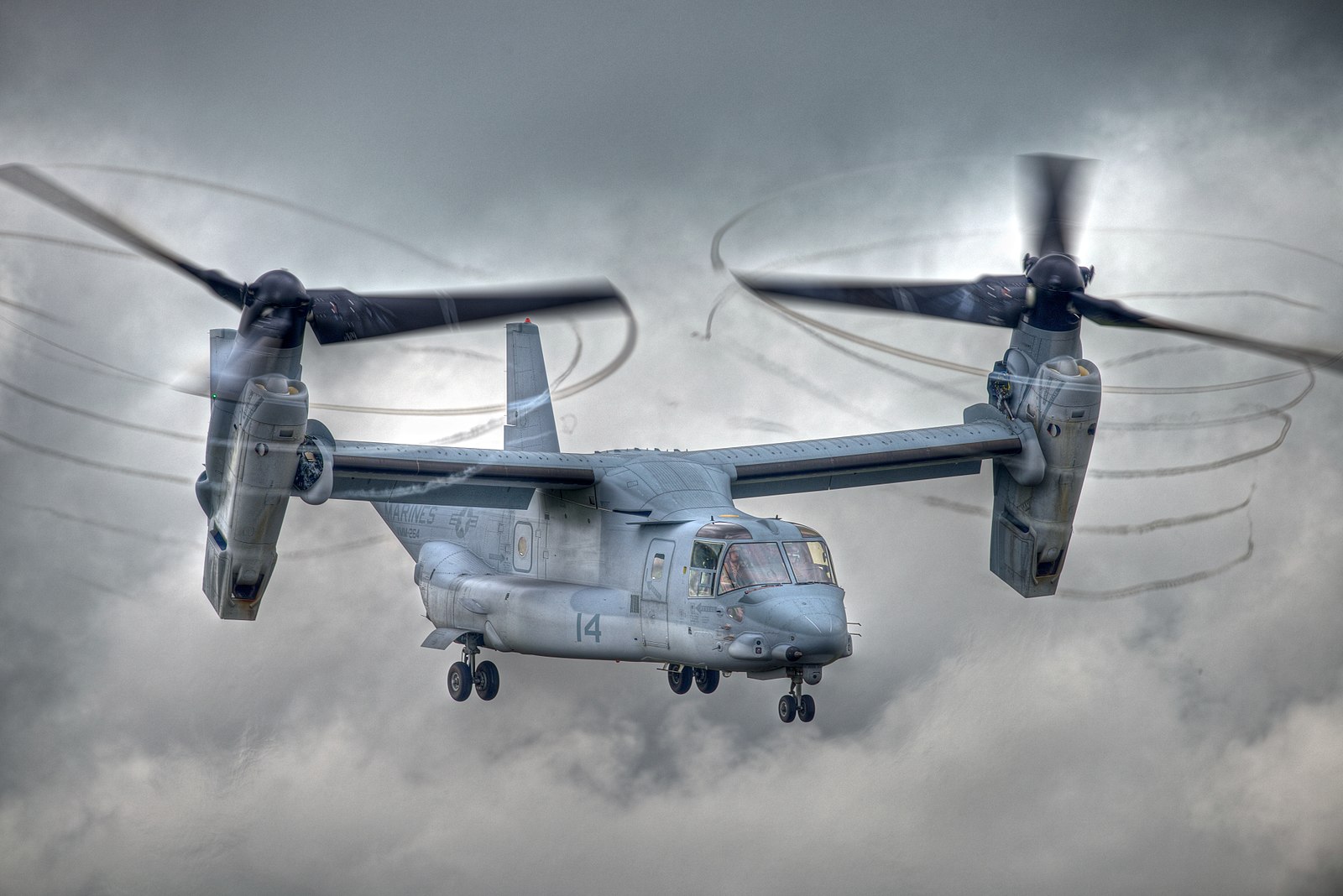 When I was a young(er) Marine Lieutenant aboard the USS Peleliu (LHA-5) in 1988, we didn’t have Ospreys. At sea, we would train to fast-rope from CH-46 Sea Knights hovering above the ship. I don’t recall ever using flight elevators, though I’m sure others may have.

But according to The Drive, US Marines aboard the USS America recently conducted fast rope training that made good of what space they have available at sea.

Personnel from the 31st Marine Expeditionary Unit (MEU) currently sailing in the South China Sea parked one of their MV-22B Osprey tilt-rotor transports with its tail end overhanging the edge of one of America’s lowered aircraft elevators so Marines could drop down below.

The MV-22B shown in the photos is assigned to Marine Medium Tiltrotor Squadron 265 (VMM-265). It features a new satellite communications and data sharing system and a directional infrared countermeasures (DIRCM) system.

As The Drive explains, the DIRCM system is designed to defeat heat-seeking missiles, including shoulder-fired man-portable air defense systems, or MANPADS, which are particularly threatening to helicopters and tilt-rotors when they are landing, taking off, or hovering close to the ground.

The warning sensors detect the incoming infrared-homing threats and cues one of the pointer-trackers to engage it with a laser beam. The laser blinds and confuses the missile’s seeker head, causing it to fly off course.

As the Marines continue to improve the MV-22, including adding defensive weapons, rocket launchers and mini-guns, to make them into gunships, they will become even more formidable. Combined with the new America class assault ships, they are an unbeatable combo.

Burn Pits: One of the…
Subscribe
Login
0 Comments
Inline Feedbacks
View all comments