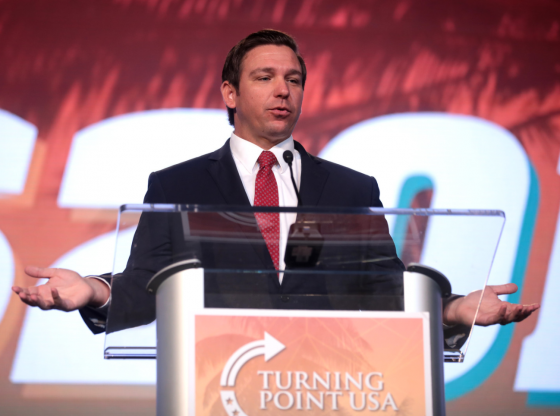 Since COVID-19 became less and less of a threat to Americans and masking mandates started to get overturned some locations have been slow to adapt to no longer wearing masks. Schools, colleges, and some areas of work have been slow to do away with mask mandates, and Head Start, a low-income preschool facility, is overseen by Health and Human Services (HHS), which still requires children as young as two to wear a mask. Florida Governor Ron DeSantis is calling on the Biden Administration to end the masking requirements for children.

Florida Gov. Ron DeSantis’ office on Wednesday slammed the Biden administration’s ongoing mask mandate for low-income toddlers, calling it an “unacceptable” harm to children that even contradicts current guidelines by the Centers for Disease Control and Prevention.

Head Start preschools and child care centers for low-income families, which are overseen by the Department of Health and Human Services (HHS), are still requiring children as young as 2 years old to wear masks, despite current CDC guidelines that recommend universal masking only in areas with high COVID-19 community levels. Head Start staff members are also required to be vaccinated, The New York Times reported Wednesday.

The mask and vaccine mandates only apply to the program in 25 states after red-leaning states like Florida and Texas sued in federal courts and injunctions were imposed to stop their implementation.

“Governor DeSantis looks out for children first and foremost,” DeSantis press secretary Bryan Griffin said in an exclusive statement to Fox News Digital. “He was the first to insist that children should be able to return to the classroom, and he has consistently stood against masks in school as harmful towards a child’s development and education.”

“Governor DeSantis will not allow federal bureaucrats to muzzle children in Florida,” Griffin added. “It is unacceptable that the Biden Administration would continue to do this to children, and bizarre that they would do so against their own CDC’s guidance.”

An HHS spokesperson told The Hechinger Report that it informed Head Start directors in February that it would no longer enforce the mask rule. The agency told The Times that updating the official rules is “a lengthy process,” which would take into consideration the CDC guidance, the recent availability of vaccinations for children as young as 6 months and over 2,700 public comments.

Ron DeSantis has been advocating against keeping children masked, and has been attempting to end the government overreach that’s been happening since COVID-19 began. The forced masking of 2-year-olds is a good place for Ron DeSantis to keep the fight going, now over 2 years removed from the beginning of the pandemic, the average person can look at forcing a 2-year-old to wear a mask with disgust.


Masking childing has been shown to stunt the development of communication skills, especially with children who also have to be socially distanced. Children learn communication vastly through playing with one another, and keeping them apart and covering their faces stunts their ability to learn at a time when their brain is prepared for the groundwork for communication. Proper mouth movements when speaking, understanding emotional cues through facial expressions, and countless other ways humans can quickly communicate can be stunted through masking at a young age.

Dr. Oz Make FINAL PUSH To Debate Socialist Fetterman
The 21st Anniversary of 9/11 – Then and Now