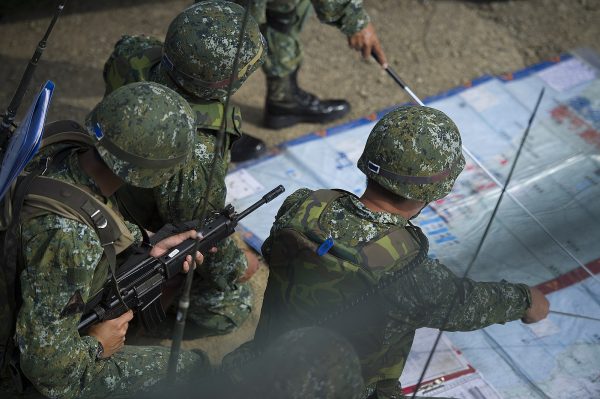 Biden Administration CIA Director William Burns claimed during a recent interview that Russia’s experience in Ukraine will likely cause China to use overwhelming force once it decides to invade Taiwan.


Beijing is “unsettled” by Russia’s “strategic failure” in Ukraine and now believes it requires “overwhelming force” to conquer Taiwan, CIA Director William Burns said during an interview at the Aspen Security Forum. Since Russia invaded Ukraine on Feb. 24, more than 10,000 have died as of June 24, many of whom have been civilians, BBC News reported.

“Our sense is that [the Ukraine war] probably affects less the question of whether the Chinese leadership might choose some years down the road to use force to control Taiwan, but how and when they would do it,” Burns said.

While the CIA director said he didn’t believe China was waiting to invade Taiwan until just after General Secretary Xi Jinping stands for re-election later this year, Burns said the risk of an invasion will grow throughout the coming decade because Xi is determined to “assert China’s control” over the island nation.

Beijing rejects Taiwan’s sovereignty and the People’s Liberation Army often threatens “reunification-by-force,” claiming that Taiwan is ruled by “secessionists.” The People’s Republic of China was established by the Chinese Communist Party in the final days of China’s Civil War which ended when the Nationalists fled from mainland China to Taiwan in 1949, according to Britannica.

China has long been fixated on the tiny island nation, viewing it as an integral part of their own country.

Ok what are you doing to prepare for it???? They are doing so because they know Biden won’t do anything about it and the opportunity only comes when you have Democratic Marxist in power.

I’m sure China is looking at the possible body count as (as if they care). Taiwan will be a knife fight in a phone booth. Maybe China can water ski their tanks across that 100-mile ditch between them. After the ditch is filled in with all the ships, tanks, bodies of all sides they can build a bridge across to it. Amazes me how many political leaders are willing to kill for a political idea, personal glory and greed. That’s all Vietnam was over two political ideas. Humans are stupid. Won’t be long now as they have tripped climate change to destroy mankind with the carbon from war. Maybe Nukes too? All the king’s men and money, power of the world can’t fix it. Only GOD can and he is laughing his ass off over fools who think they control anything.
I’m old enough to “Don’t Care” anymore and just watching the idiot show. Good Luck World!