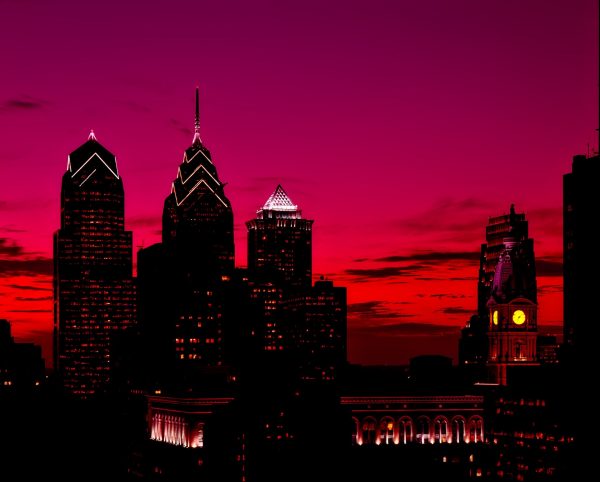 The Democratic Mayor of Philadelphia claimed that ‘only police should have guns’ following a shooting that left two officers badly injured in the city on Independence day.

Philadelphia Mayor Jim Kenney suggested the Second Amendment and the United States Supreme Court were too lenient when it came to gun rights, following a shooting that injured two police officers near a Fourth of July event on Monday night.

“It was a chilled back day, beautiful weather. But we live in America where we have the Second Amendment and we have the Supreme Court of the United States telling everybody they can carry a gun wherever they want,” he said.

“I was in Canada two weeks ago and never thought about a gun,” he said. “The only people I knew who had guns in Canada were police officers.”

“That’s the way it should be here,” Kenney stated, before saying such an idea was “never going to happen” in his lifetime.

Philadelphia has been racked by a major uptick in violence since the riots surrounding the death of George Floyd in 2020.

Oh Look! Another oath breaker. You know, the one where he put his hand on the Bible and swore to defend the Constitution of the United States…etc. That means ALL OF IT ya bozo, not just the parts you like. Resign!

maverick
Reply to  MICHAEL A CROGNALE

I love how you make a legitimate comment on this site and SOME LIBERAL S.O.B. DECIDES TO TAKE IT DOWN. SO MUCH FOR THE FIRST AMENDMENT……………………………..

Sharon
Reply to  MICHAEL A CROGNALE

They need America to fall first so that they can implement their “New World Order” however there is never mention of how they will keep the criminals that are actually doing the killings to get rid of their guns. Also what about cars & trucks that have been used in crimes along with knives?

Mayor Jim Kenney why don’t you move to Canada your doing a shity job in Philly.

Amazing that the Mayor of Philadelphia (Jim Kenney) wants to disregard the US. Constitution. If we all notice and these Democratic Mayors sure as HELL do not, gins are not the problem, enforcing the law and putting criminals that use illegal guns in prison is the answer. Look the following cities have the problems all HEADED by DEMOCRATS: Philadelphia, Baltimore, Washington, DC, Chicago, New York City, Los Angeles, Seattle, Portland, San Francisco. TIME FOR THE REAL AMERICAN VOTERS TO VOTE AND REMOVE THESE INCOMEPTENT INDIVIDUALS (SOROS PAID SOCIALISTS) OUT OF OFFICE. They DO NOT enforce the law, they DO NOT put them in prison, they DO NOT use STOP AND FRISK. I AM GOING TO WRITE IT AGAIN AND AGAIN: LEGAL GUN OWNERS ARE NOT THE PROBLEM……ILLEGAL GUNS AND CRIMINALS ARE THE PROBLEM….DO YOUR JOB AS MAYOR, PROSECUTOR AND GOVERNOR AND THIS CRAP WILL STOP. HAVE SOME BALLS IF YOU HAVE ANY IF NOT GROW A SET.

Couldn’t agree more Maverick! I think the answer is more guns. Conceal & carry for everyone! They keep saying it will be like the Old West. They’re right! Darn tootin’! Picture a saloon/bar…. When one idiot pulls out a gun and sees and hears the “click” of 20 other guns in the hands of law abiding citizens pointed at him, that idiot will think twice about shooting’ up the place! Case closed. Police can’t be everywhere, or in time.