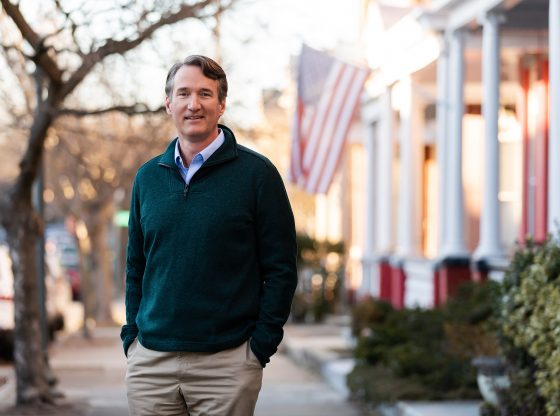 Republican Virginia Governor Glenn Youngkin included a three month gas tax vacation in his amended budget which state legislators will meet to consider late Friday. He has attempted to get a tax holiday passed before, but it has failed due to bipartisan resistance despite similar measures being well-received throughout the country.

Gas prices are soaring in this country and Americans starve for an ounce of relief. Democrats continue to vote for more government spending as American wallets suffer. Joe Biden recently announced $40 billion for Ukraine even though experts expect gas to hit an average of $6 per gallon nationally by August.

Luckily, some politicians, like Glenn Youngkin, are trying to help. His 38 amendments to this year’s budget include $4 billion worth of tax cuts. But initially, the budget did not include the tax holiday that Youngkin proposed back in March and April.

On Wednesday morning, he expressed his frustration at that striking realization. “I am mightily frustrated with the Senate Democrats, who for whatever reason, don’t think that Virginians deserve a break.” Democrats in other states widely support measures such as temporary tax holidays, but Virginia Democrats are hesitant to cross the aisle.

From groceries to car parts, everything is costing more. From February 2021 and the same month in 2022, used car prices rose by 40.5% nationwide. According to the Bureau of Labor Statistics, grocery prices just saw their highest climb in over 40 years. Between 1950 and 2022, the Consumer Price Index averaged 118.97; and today, it’s 291.47. Experts predicted a measly 1.3% economic growth this year, but all figures now predict .9%. It appears that we are on the brink of a recession.

Meanwhile, even the White House is weighing a nationwide gas tax holiday. Unfathomable gas prices are hurting the Biden Administration, that’s no secret. Some states, like New York, have already implemented gas tax holidays. Every American knows that the Democrats are seriously hurting in the polls this year as well. Tax relief may help them gain some of the boost they need. If the administration does enact a nationwide holiday, it may be tied to the conflict in Ukraine.

Former UBS CEO Robert Wolf, an economic adviser to former President Barack Obama, told The Hill that he supports a federal gas tax holiday but only for the duration of Russia’s war in Ukraine, which he said has affected the global supply of oil and driven up prices. ​

“I know that some may view this as somewhat gimmicky because it will revert itself at some point, but a majority of the recent gas hike since the beginning of the year has been due to the Russian invasion,” Wolf ​said. “I think tying it solely to the war and setting an end date makes it more strategic and smart.​”​​

Americans are suffering and in need to serious relief. Disastrous policies under Joseph Biden have made everyday life extremely difficult for Americans. After cancelling the Keystone Pipeline, blocking drilling on public lands, making us dependent on foreign powers, and giving Russia the go ahead to invade Ukraine, there’s no question that his policies have directly stymied everyday living of United States citizens. A gas tax holiday is not anywhere close to enough but it’s a start.

Biden foolishly told Putin he was fine with a ‘minor incursion’ into the sovereign nation of Ukraine.
Will Biden be ok with a “minor incursion” by Mexico into Texas, Arizona, New Mexico or California? Same logic – It would just be Mexico protecting its citizens from the Authoritarian Nazi regime in DC.

Or, since many CA residents are now fleeing to Mexico according to US census data, should the US annex part of Mexico? China can take CA. Where does it end?