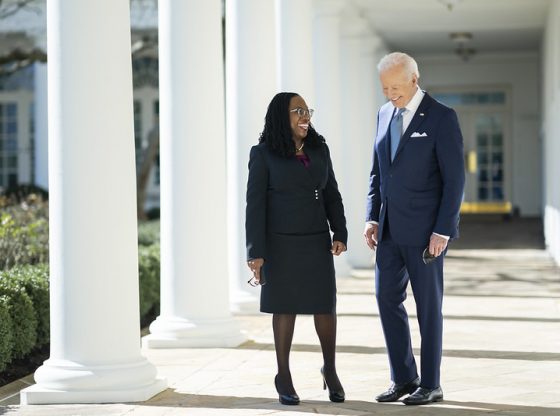 An Ex-Federal Prosecutor Andrew McCarthy is now calling out Biden Supreme Court pick Ketanji Brown Jackson for her bizarre and ‘sinister’ refusal to condemn the targeting of the homes of conservative justices by far-left radicals.


Future U.S. Supreme Court Justice Ketanji Brown Jackson‘s refusal to condemn the leak of an explosive draft of the high court’s pending abortion opinion or the ongoing protests outside the homes of jurists falls between “cowardly” and “sinister,” according to former federal prosecutor Andrew McCarthy.

Jackson, who is set to replace retiring Justice Stephen Breyer after the current term ends, was interviewed by the Washington Post. When asked about the leak of Justice Samuel Alito’s draft opinion and related protests at the Washington-area homes of  justices expected to vote to overturn Roe v. Wade, the landmark 1973 case determining a federal right to abortion, she demurred.

“I can’t answer that,” Jackson answered when asked if leaking the draft opinion “was a good thing or a bad thing.”

“This ranges from somewhere between cowardly and sinister, much like the failure of the justices to issue a joint statement that echoes the chief justice’s condemnation of the leak and statement of determination to identify the leaker, and that condemns the protests, which violate federal law,” McCarthy wrote.

The official final decision in the Mississippi case which could potentially overturn Roe vs. Wade is expected later this month.

That woman should be impeached and removed from the SC. She has proved she doesn’t belong there, and was appointed by the illegitimate President senile Biden.

If you watched the Senate committee sessions, she could not answer basic questions and is going to try and revise the Constitution as she goes along. She is useless and will pervert the law.