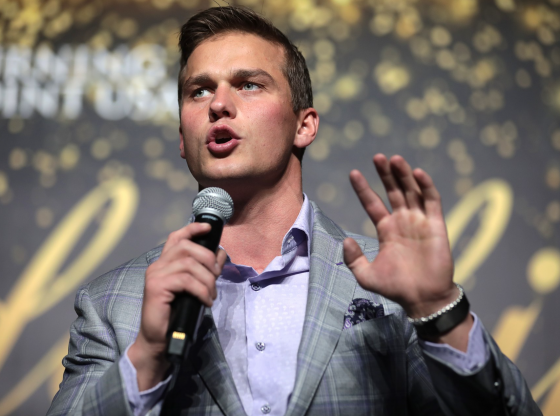 Rep. Madison Cawthorn (R-NC) blasted what he called the ‘sexual perversion’ of D.C. elites he encountered while serving in the nation’s capitol during an interview with the Warrior Poet Society.


North Carolina Republican Rep. Madison Cawthorn said the ‘sexual perversion’ and drug use at the nation’s capitol on popular TV show House of Cards is just like what he sees in Washington, D.C.

Cawthorn, 26, was asked during an interview with the Warrior Poet Society how closely his experience on Capitol Hill aligns with the Netflix series, specifically its elements of ‘corruption, power, money and perversion.’

‘There’s some of the people that are leading the movement to try and remove addiction in our country and then you watch them doing, you know, a key bump of cocaine in front of you and it’s like wow, this is wild.’

Cawthorn recently announced that he and his wife of 8 months would be filing for divorce.

Biden Approval Hits Shocking New Low
Nigeria Aids in Fighting Food Crisis, But Our Economic Woes are Far from Over

Wish he had named names.

Clinton would have loved that.

I hope not, time to shake out all of the low life of DC, except there will only be a handful left.

Hope it’s not true but I believe this young man and that is why our Country is out of control and we are no longer a Nation of believers. Sadly, I wish something could be done about it but those in control are out to destroy what it took over 200 years to build.