The Mass Psychosis of the Western World 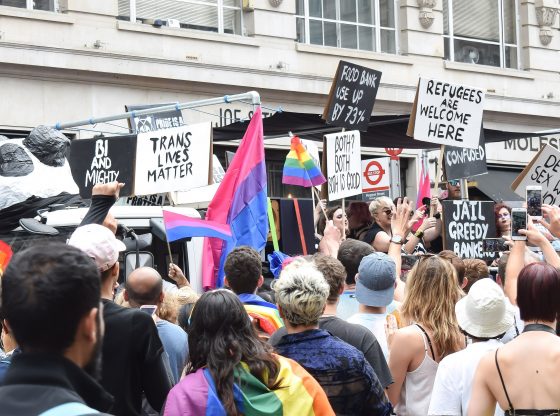 In June of 1374, people across Europe broke out into spontaneous dance. What some scholars believe was actually a medical condition, most believe was a mass psychogenic illness — an illness of the mind. The people began to dance and the dancing spread. Some danced for days. Some danced until they died. Some had heart attacks or broke bones.

Then the dancing stopped.


In Kinshasa, Tanzania, in 1962, schoolgirls began laughing hysterically. They could not stop. Called the Tanganyika laughter epidemic, more than 1,000 people were affected. All of them laughed uncontrollably.

In Le Roy Junior-Senior High School in New York in 2011, students suffered a wave of Tourette syndrome. Researchers never found a chemical or biological explanation. It was a mass psychogenic illness.

Now, with the advent of mass media and social media, much of the Western world is suffering a psychogenic illness that particularly affects the elite.

A week ago, Lia Thomas won an NCAA swimming event, beating out a female Olympic silver medalist. Thomas is the collegiate male who became a collegiate female via gender transition.

Thomas competed rather unsuccessfully as a male athlete (by Ivy League standards) before deciding to become a very successful female athlete. The NCAA requires transitioning students to use hormone suppressants for a year. But a boy who goes through puberty and reaches adulthood as a male is going to maintain muscular and skeletal development that surpasses most women even if, once in adulthood, he uses hormone suppressants.

But Western elite demand we treat men as women if they insist. The elite have even dropped the “trans” prefix. Lia Thomas is not the winner of a transwomen’s race but a women’s race, though Thomas remains biologically different. NBC News has run multiple pieces in the last week that Thomas is good for women’s sports and that he is akin to Jackie Robinson. ESPN has gone so far as to focus on prepubescent boys whose parents support their transitioning and how they would be harmed if not allowed to participate as girls.

ESPN’s biased coverage is notable because in addition to championing Thomas and other transgender athletes at the expense of girls, it also allowed its on-air teams to hold a moment of silence protesting the Parental Rights in Education law in Florida, which opponents call the “Don’t Say Gay” law. The law merely says schools have to wait until fourth grade to introduce concepts about sex and gender to kids. But ESPN anchors think kindergarten is an appropriate time to learn about sex. I use the word “notable” regarding ESPN because during the Hong Kong protests for freedom, ESPN would not cover those protesters or the related NBA story because it was all deemed “political.”

This is all absurd. It is hard for me to believe that feminism has become so degraded that now men can best women as women, but this is the world the elite demand we live in.

If I were to mention this too much on social media, my accounts could be terminated. If I were to state on Twitter that Lia Thomas is a man, Twitter would suspend my account for “misgendering,” which is an Orwellian way of saying I’m telling the truth.

Lia Thomas is well and truly going through something. They deserve our empathy. But giving empathy cannot mean giving up the truth. The truth is that men cannot become women and women cannot become men. Nor should we disembowel the English language for a group of people who make up less than 1% of the population.

The Western elite have traded reason for emotion. Claiming to be wise, they have become fools. They are dancing St. Vitus’ dance, but instead of them dying while dancing, they just want the truth to fall over dead or to silence you for disagreeing with them.

Is Victory for Ukraine Worth Risking Nuclear War?
A Principled Politician

We will get the leftist liberals when Civil War 2 breaks out. Take down names and addresses of the media people and all democrats – there will be a “Day Of The Rope” and we shall have our revenge.

I do not agree with transgenders. God created male and female. Read your Bible fools. God will punish the wicked. But too any don’t give a 🐀 rats ass about God and the Bible
They care about themselves. Wake up fools before it’s too late.

For the peddlers, like Joe Biden, this is a form of deliberate madness, and psychosis may be the wrong word to use for them. Unlike dancers who could not control themselves, panderers to this collective psychosis, like Biden, are fully capable of knowing what they are doing.

Gender dysphoria is a serious matter, and some of the extreme cases not only deserve our sympathy but might be legitimately allowed to compete as women if their male hormones have been naturally suppressed all their lives. But this is a far cry from someone who is “trans” for no other purpose or deeper reason than to bask in the glory of trophy after trophy (and scholarships? professional status?).