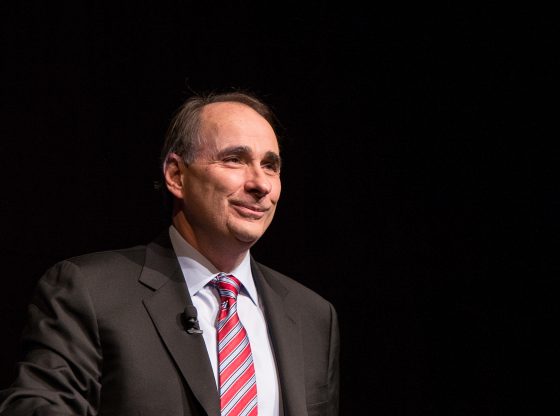 David Axelrod, a prominent advisor to former President Barack Obama, is now taking President Biden to task for trying to convince Americans that things are better than they really are.


David Axelrod, one of Barack Obama’s key advisors on his 2008 campaign trail and confidante during his presidency, has some advice for President Joe Biden: Be humble during your upcoming State of the Union address.

In an opinion column for The New York Times, Axelrod pleaded with Biden to tone down his rhetoric during the speech by painting things as they really are in America while acknowledging the pains and anxieties caused by inflation, COVID-19 restrictions, and violent crime — amongst other woes.

“Unsurprisingly, incidents of suicide, drug overdose deaths and violence in our homes and on the streets have grown dramatically. Frustrations with masks, mandates and shifting rules have deepened our political divides. Jobs have come roaring back, raising wages,” Axelrod claimed of the current situation. “But those wage increases have been eaten up by inflation, the likes of which we have not seen in four decades. And all the while, the rich have gotten richer.”

“The state of the union is stressed. To claim otherwise — to highlight the progress we have made, without fully acknowledging the hard road we have traveled and the distance we need to go — would seem off-key and out of touch,” Axelrod added. “You simply cannot jawbone Americans into believing that things are better than they feel.”

Biden’s ‘State of the Union’ address will be broadcast on March 1st.

Trudeau trying to turn Canada into a dictatorship much like biden is trying in the USA but the court systems will curb his power grabs much like biden, they can still ignore the couts like biden does, but then there is impeachment, jail, special councils to have the final say, there lust for power stops them from doing the right thing, just like Trudeu did not have the balls to discuss the issues with the truckers in person, biden did not have the balls to confront Putin even on the phone over stop gap measures. How do these weak leaders remain in power, when they jack the balls and brains to govern ?.

Jawad
Reply to  charles A wilkins

Right. But Canada, being a monarchic satellite, does not have the constitutional safeguards that we have. Whether we get to keep these safeguards is up to us. We’d better wake up AND FAST!

Bidet is stupid , as is every Democrat in Congress and most of the people that voted for him and kamelass

Hell he can’t get any thing to come out of his mouth even with a Teleprompter and the so called VP is plain crazy. Stupid is mild to what i would like to call them but i can’t in public or i may get on Clinton’s list.