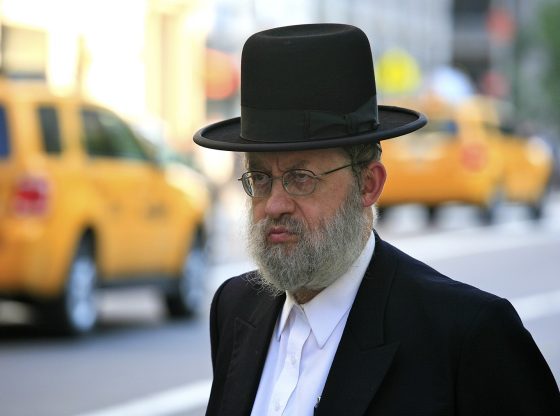 A new anti-semitic crime wave is now reportedly overtaking New York City, with crimes against Jews up nearly 300 percent compared to a year ago.


Hate crimes against Jewish New Yorkers nearly tripled in January compared to the same time a year ago, according to NYPD crime data.

This trend appeared to continue over the weekend, with police attempting to find someone who drew swastikas on two Yeshiva school buses in Williamsburg, Brooklyn.

On Friday evening, an individual reportedly ran up behind a 24-year-old man wearing traditional Hasidic Jewish clothing and punched him in the back of his head in an incident that was caught on surveillance footage. That incident is being investigated as a hate crime.

The trend reflects an  increase in the overall number of hate crimes that occur in the city, with general hate crimes up 72 percent compared to a year ago.

Hmmm, I guess you get what you vote for and or support?

These types of Jewish peoples are conservative and vote Republican

Why do they never learn in Libland, U.S.A? Doomed to make the same choices expecting a different outcome. Dogs are treated better, but even they know what to do if they want a treat. Things could improve if they would even allow even a bit of compromise.