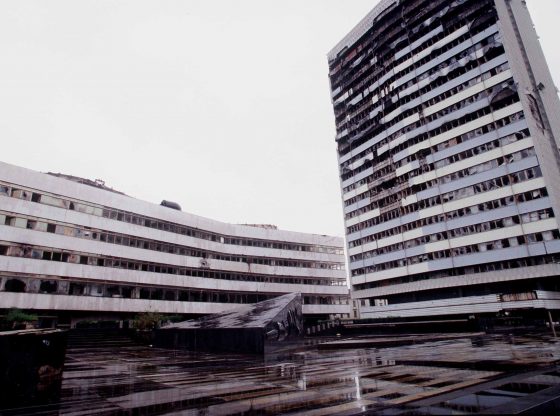 A Bosnian immigrant got a standing ovation after giving an impassioned speech about the dangers of liberal authoritarianism at a local school board meeting in Illinois.


At least two school board members from a district in Illinois attempted to walk out on a Bosnian immigrant speaking against the district’s decision to keep in place a mask mandate for students and staff, despite a recent ruling from an Illinois circuit judge approving a temporary restraining order on the policy.

The man, an immigrant from Bosnia, was speaking about his family’s experience fleeing genocide for America. While he was warning about creeping authoritarianism, which he said started with a clamp down on speech, video shows commotion among parents and the board.

According to Daily Wire reporter Virginia Kruta, who has children in the district and attended the meeting; video evidence; and local reporting, two school board members got up to leave the meeting, allegedly to cut off the father and start a “closed session.” After parents erupted, the school board president reportedly told the board members to sit back down.

“Thirty minutes into the meeting, where public comment was on the agenda, board members tried to go into closed session,” KMOV4 News reported. “Two board members even tried walking out of the meeting until the board president told them to sit down. After parents realized the board was trying to go into a closed session, they argued back and forth for several minutes, some even yelling.”

This gentleman immigrated from Bosnia under threat of genocide when he was in 5th grade. The CUSD unit 10 school board attempted to gavel out the meeting *while he was speaking.* 1/2 pic.twitter.com/TEN6tPRola

Two female school board members were filmed abruptly getting up and leaving as the man began his impassioned speech.

Remember who the two school board members are and have them removed and replaced with people WHO ACTUALLY CARE ABOUT THE STUDENTS!!! Start a petition – it won’t take long before you have enough signatures to kick them to the curb!

Send a VERY CLEAR MESSAGE to them all!

Three weeks from now you will wish you had started JHyt57863JHo day. Simply give it a shot on the accompanying site.

Naomi Brookes, Take your Gaygle lies and hit the road, and post your SPAM on some Gaygl﻿e site

Communism in the local school?

awww Connie,
﻿ it IS after all Illinois land of communism

“Two female school board members were filmed abruptly getting up and leaving as the man began his impassioned speech.”
More and more….. I’m blaming women for this woke nonsense and these two holier than thou nitwits prove me right.
Studies show suburban, college educated white women pushed Obama over the top in both elections and guaranteed his 8 years as President.

“Educated” is not quite the applicable term.

Rick
Reply to  The Analyst

Indoctrinated would be More Correct, would be my supposition