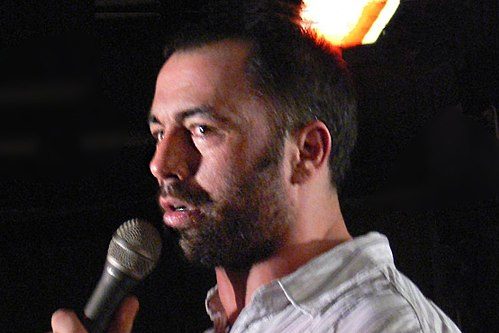 The streaming giant Spotify confounded many liberals this weekend when it refused to cancel Joe Rogan this weekend after a video of Rogan repeatedly saying an infamous racial slur appeared online.

“While I strongly condemn what Joe has said and I agree with his decision to remove past episodes from our platform, I realize some will want more. And I want to make one point very clear – I do not believe that silencing Joe is the answer,” Ek said. “We should have clear lines around content and take action when they are crossed, but canceling voices is a slippery slope. Looking at the issue more broadly, it’s critical thinking and open debate that powers real and necessary progress.”

Ek said in the note to staff that it was Rogan’s decision to remove dozens of episodes of “The Joe Rogan Experience” from Spotify.

Rogan apologized late last week after a video was posted by far-left activists showing him using racial slurs that he says was taken out of context. Rogan says that the context was that he was quoting other people and used the slur instead of saying the “n-word.”

Rogan has been under fire since rock musician Neil Young demanded that his own music be pulled from the streaming service until Rogan’s podcasts were no longer available.

I hope neil young does remember, a southern man don’t need him around anyhow,…. and in this case southern means everyone south of the border with canukistan

LISTEN UP….IF YOU CANCEL JOE ROGAN then YOU Can CANCEL WHOOPI GOLDBERG…SUSAN SARANDON etc etc ONLY G OD is PERFECT. EVE RYONE makes MISTAKES. That is Why GOD is the MASTER of the UNIVERSE. TODAY…TOMMORROW and FOREVER. From SamuraiQueen. 😄😄😄😇😇😇

I’m sorry but when I had a convenience store men of color would come in and call to each other saying Hey N….r! I would get upset and tell them it was inappropriate in the store with other customers present. They in turn told me that because of who they were it’s acceptable and it’s the way they talk but it wasn’t OK for me to use the word because I’m not one of them.
So much for cleaning up what some say would be mean-spirited language which is being so easily enabled by those who should not encourage its use.

Indeed. I likewise hear it all the time from citizens of color strictly among themselves. It is naught but a stupid word. But the Left resolved to use it as a tool to attack and eliminate perceived opponents. Never fear: once the Left cancels its ‘opponents,’ they will turn on each other without mercy.

No One should use that word if it’s so offensive. It doesn’t matter what color you are, don’t use that offensive slur. No race should be allowed to say a word that no one else (whites) can use. If you don’t want another race using that word, stop using it yourself!

I just wish the left would be consistent. If so, they would also be clamoring for the censorship of Neil Young for being anti-gay for saying that the grocery store guy was a fa***t and that he should not handle his potatoes. Young left out that only Don Lemon can handle his potatoes.