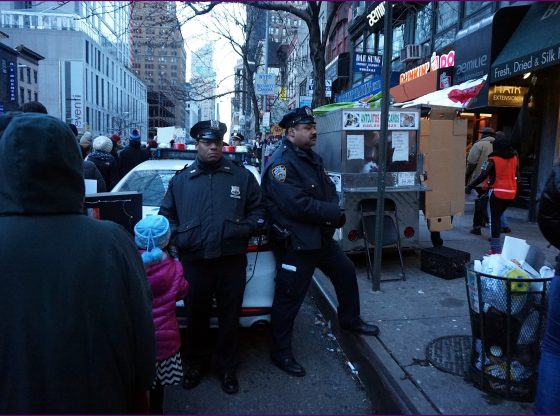 Paul DiGiacomo, president of New York City’s Detectives’ Endowment Association, blasted the new Manhattan District Attorney for what he alleged are his soft-on-crime policies which have ’emboldened’ the city’s criminals.

Criminals across New York City were “emboldened” by the soft-on-crime memo released by Manhattan District Attorney Alvin Bragg in the weeks before the deadly shooting of NYPD Officers Jason Rivera and Wilbert Mora, the leader of a prominent police union told Fox News Digital.

“Alvin Bragg thought he was doing what was popular to do, and it blew up in his face,” DiGiacomo added.

“I believe they feel 100% emboldened,” DiGiacomo told Fox News Digital. “And not only are the police in danger, but the public is in grave danger as well. And there are children being shot by stray bullets, innocent people being shot all over the city and members of the NYPD being shot.”

So far in 2022, 6 NYPD officers have been shot by criminals, two of them fatally.

Pelosi Instructs U.S. Athletes to not Speak Out Against Chinese Communist Crimes Against Humanity
In Hiding, Trudeau Hints at Using Canadian Army to Quell Anti-government Protest

These Democratic DA’S are responsible for any and all shootings, murders and rapes along with drugs, you name it. Not prosecuting criminals and letting them out on the streets again and again is absolutely WRONG. You are breaking the law aiding and abetting these criminals and putting the citizens in danger.

How is it legal fir a District Attorney to rewrite laws with mandates that are contrary to his duties. If he was the Federal Attorney General this would be considered treason.

They have the backing of communism