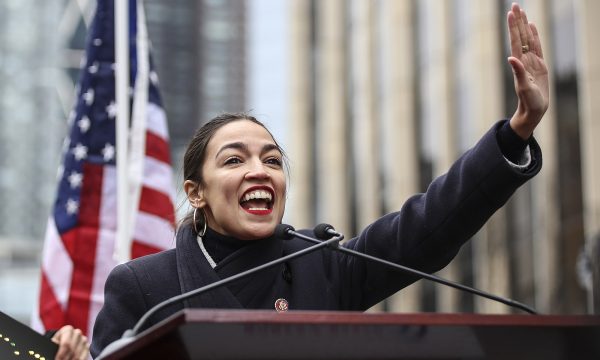 A record number of Democrats say they approve of socialism, even as Americans overall remain steadfast in their opposition.

A record-high 65 percent of Democrats tell the Gallup polling organization they have a positive view of socialism, a drastic increase over the 53 percent who said the same in 2010.


Gallup has conducted six polls since 2010 asking Americans if they have a positive or negative view of small business, free enterprise, capitalism, “big business,” socialism and the federal government.

Gallup’s 2021 poll found 60 percent of Americans approving of capitalism and 38 percent approving of socialism.   That figure has been nearly identical in all six polls since 2010.

But there’s been a drastic change among increasingly radicalized Democrats.

But there’s been a major change among Democrats since, with approval of socialism rising 12 percent.

LISTEN UP….GOD Says….HE is TAKING DOWN the DEMOCRATS….the CHINESE GOVT and the TERRORISTS. Is ANYTHING Impossible for GOD?????? GOD Always WINS. From SamuraiQueen. 😄😄😄

I think that he will keep America free but we should read 2nd chronicles 7:14 and apply it to our lives

Be extremely careful in what you say, prophesying lies cost Hananiah his life… Then said the prophet Jeremiah unto Hananiah the prophet, Hear now, Hananiah; The Lord hath not sent thee; but thou makest this people to trust in a lie. Therefore thus saith the Lord; Behold, I will cast thee from off the face of the earth: this year thou shalt die, because thou hast taught rebellion against the Lord (Jeremiah 28:15-16).

This I know from what the Holy Spirit whispered in my left ear three days in a row to lead me to the book, “Through the Fire Without Burning,” which was written by Pastor Dumitru Duduman, who was the first of three pastors the Holy Spirit has lead me too, whom God had shown the destruction of the United States by China and Russia.
The Holy Spirit has also given me two confirmations for the second major attack on the United States, which will be approx. 1000 times greater than the Sept. 11, 2001, attack. It will occur in at least three areas, one somewhere in Southern California, and two on the upper East Coast, looking most likely to be in or near Philadelphia and Boston.
I learned from reading about Gideon and his exploits about asking God for two confirmations to verify what was given him by the Angel of the LORD.

Democrats are crazy as fruit cakes. God forbid. We need to get rid of them. But God has a plan and they will be taken care of. He is in control