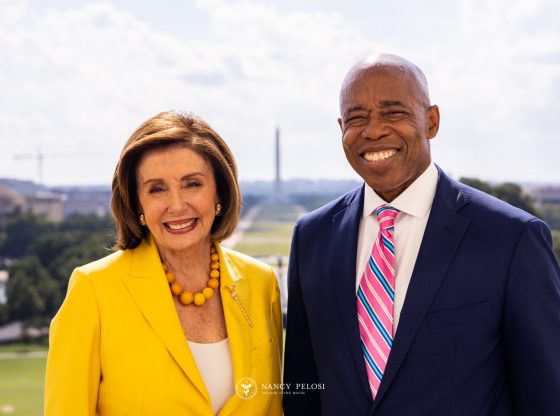 Former NYC police captain, now mayor-elect of New York City, Eric Adam is a Democrat, but his strong warning is resonating among all voters, including a large group of Republicans at a recent gathering. Speaking at a Police Athletic League event at the Harvard Club, Adam’s said to those expecting to continue the riots and looting in the nation’s largest city:

Not my city. We’re not going to surrender to those who are saying ‘We’re going to burn down New York’.


Eric Adams was elected in November to succeed termed-out Mayor Bill de Blasio who was almost universally reviled by the NYC police (NYPD).

According to Fox News, the message seemed squarely aimed at Hawk Newsome, a local leader of the Black Lives Matter movement who last month threatened “riots,” “fire” and “bloodshed” if Adams tried to revive past anti-crime practices that were discarded during the de Blasio years.

Newsome later declined to walk back his remarks during a Nov. 13 interview with Fox News, saying he understood “why people lash out.”

Referring to those anti-crime practices noted by Newsome, Adam’s praised former NYPD Commissioner Bill Bratton who was in the audience, for slashing the city’s murder rate, and for his “broken windows” policing style that cracked down on quality-of-life issues like graffiti and turnstile jumping on the subway, to make the city safer from violent crime.

According to the New York Post, Adams’ remarks also appeared to be aimed at those responsible for property damage in the city’s Queens borough in response to last month’s acquittal of Kyle Rittenhouse in Wisconsin:

“We’re not going to have a city where anarchists come from outside our city and go into a community such as Queens and destroy the community for their own selfish needs and desires,” Adams said.

Adams also reminded listeners that he defeated a large field of Democratic candidates in the city’s mayoral primary, including one candidate who proposed taking away weapons from city police officers.

The outgoing Brooklyn borough president also joked that it’s a good thing he won the crowded Democratic primary — and not any of the other candidates who were anti-police and anti-business. “I burn candles and say prayers and Hail Marys that those other characters were not elected to be mayor right now.

“People who were talking about disarming police, running out business people from our city,” Adams said in a reference to third-place finisher Maya Wiley, who couldn’t say at a debate whether she’d strip NYPD cops of their firearms.

As stated 2 years agp… America is under Communist attack and the masks, lockdowns, forced vaccinations are NEVER GOING AWAY!  America has failed States and treasonous Washington D.C. Intelligence services.
https://www.infowars.com/posts/six-jabs-biontech-ceo-says-omicron-variant-may-need-three-more-vaccine-doses-plus-initial-vaccine-and-boosters/

I have been doings this job for like a few weeks and my lasts weekly payment was exactly
Here’s what I do… 𝑪𝒆𝒏𝒕𝒓𝒂𝒍𝑱𝒐𝒃𝒔1.𝑻𝑲

Good luck…….My money’s on the rioters unless NYC incorporates a “shoot to kill” policy.

looters should be shot on sight ..