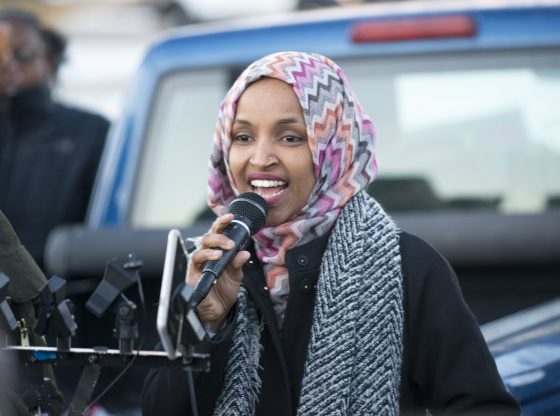 Democratic Minnesota Rep. Ilhan Omar on Wednesday night claimed Republican Colorado Rep. Lauren Boebert “defecates [and] defiles the House of Representatives” and accused her husband of being “a pervert.”

Omar’s broadside at Boebert came after the Republican congresswoman referred to Omar as a member of the “jihad squad” and referenced an unconfirmed accusation that Omar married her brother.

Boebert mentioned Omar while attacking California Rep. Eric Swalwell and other Democrats in defense of Republican Arizona Rep. Paul Gosar, who was censured by the House and stripped of his committee assignments on Wednesday.

“The jihad squad member from Minnesota has paid her husband – and not her brother-husband – the other one, over a million dollars in campaign funds. This member is allowed on the Foreign Affairs Committee while praising terrorists,” Boebert said.

Rep. @laurenboebert: "My colleague & three-month presidential candidate from Calif. [@ericswalwell], who’s on the Intelligence Committee, slept with Fang Fang, a Chinese spy. Let me say that again. A member of Congress who receives classified briefings was sleeping w/ the enemy." pic.twitter.com/DvlQv2KjPF

Luckily my dad raised me right, otherwise I might have gone to the floor to talk about this insurrectionist who sleeps with a pervert. I am grateful I was raised to be a decent human and not a deprived person who shamefully defecates & defiles the House of Representatives. 🙏🏽 God https://t.co/F5W9LBzjCZ

The clash came in the wake of GOP Rep. Paul Gosar being official Censured by the House over his sharing of an anti-AOC cartoon video.