GOP House Members Introduce Bill to Block Biden Plan to Give Illegals $450,000 Each 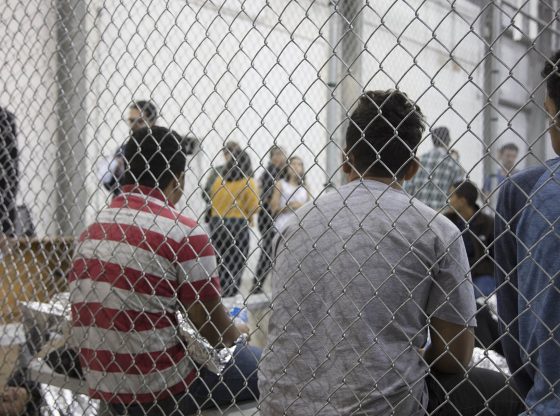 Republican members in the House of Representatives moved on Thursday to block President Joe Biden’s plan to pay out $450,000 each to illegal migrants separated by the Trump administration.

EXCLUSIVE: Republicans in the House on Thursday will introduce a bill to block a reported plan by the Biden administration to pay millions of dollars to illegal immigrants separated under the Trump administration – as President Biden has sought to dismiss the reports.

Rep. Tom McClintock, the ranking member of the House Judiciary Committee’s Subcommittee on Immigration and Citizenship, will introduce the Illegal Immigration Payoff Prohibition Act, which amends 18 USC 2414 – which gives the attorney general the authority to enter settlement agreements.

The bill would block the attorney general from making any settlement payments to illegal immigrants that directly arise from their violation of immigration laws, including laws that criminalize illegal border crossings and that make a migrant inadmissible for attempting to enter a country illegally at a port of entry.

The bill is co-sponsored by House Republican Leader Kevin McCarthy, Judiciary Committee Ranking Member Jim Jordan and 135 other members, and it represents a coordinated effort by House Republicans to block a reported plan by the Biden administration to pay $450,000 per migrant who was separated under the Trump administration’s “zero tolerance” policy.

It is estimated that the payouts could amount to 1 billion dollars overall in compensation if the Biden administration’s plan is carried out.

why should anyone or Nation reward unlawful behavior? PURE INSANITY

Sad to say but, we do it every day with politicians. And yes I totally agree with you.

They have no legal right and they should be indicted for invading our country. Biden starts ding this. They should all be sent to where that name from. They are not citizens and have NO RIGHTS.

Do we need more proof that Joe’s retarded?

There is a frightening method to their madness: with our hard-earned tax money they would bribe hundreds if not thousands of illegal immigrants to become lifelong Democrats to be implanted in every state of the Union. “America Last” is the plan.

I havenever heard of anything crazier in my effin life. Anyone who votes for that should be hung.

Gosh-that is a wonderful thought.