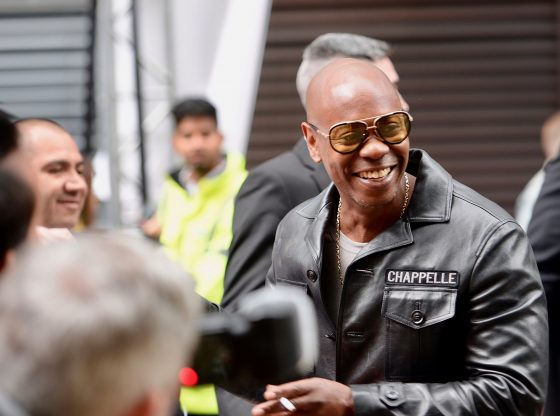 Superstar funnyman Dave Chappelle announced his response to the controversy surrounding his new comedy special ‘The Closer,’ in particular to the calls from liberal activists for the special to be canceled over Chappelle’s jokes about transgender people.


And Chappelle declared he won’t be “bending to anybody’s demands.”

“To the transgender community, I am more than willing to give you an audience, but you will not summon me. I am not bending to anyone’s demands,” Chappelle said in the clip.

“It’s been said in the press that I was invited to speak to the transgender employees of Netflix and I refused. That is not true — if they had invited me I would have accepted it, although I am confused about what we would be speaking about,” Chappelle said. “I said what I said, and boy, I heard what you said. My God, how could I not? You said you want a safe working environment at Netflix. It seems like I’m the only one that can’t go to the office anymore.”

“And if you want to meet with me, I am more than willing to, but I have some conditions,” he said, drawing laughter. “First of all, you cannot come if you have not watched my special from beginning to end. You must come to a place of my choosing at a time of my choosing, and thirdly, you must admit that Hannah Gadsby is not funny,” he said.

Chappelle has now also claimed that his documentary detailing his summer tour has been essentially banned from film festivals due to woke outrage.

All the Republicans Who Voted to Hold Steve Bannon in Contempt
DeSantis Offers Cops Fleeing Liberal Municipalities $5,000 to Relocate to Florida

Give him is own show IE Comedy Central etc

Good for you Chappelle.

I agree with you Mr. Chapelle, so far the only problem with these people are the ones that say I was born a boy, but when in the girls bathroom they changed back to a boy trying to rape the girl. As far as a girl that wants to be a boy, haven’t heard of them going into business bathrooms or locker rooms. Tough crap if they don’t want to hear your jokes, hell you talk about all colors and gays, girls and guys. Keep up making us laugh 😃.