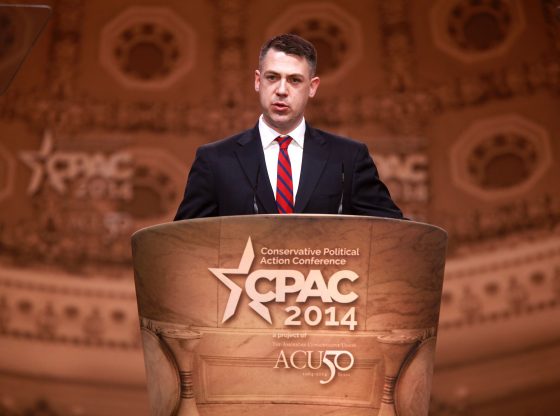 
Rep. Jim Banks (R-Ind.) said Saturday that his official Twitter account had been suspended over a post he made about Department of Health and Human Services assistant secretary for health Rachel Levine, who is transgender.

According to a screenshot posted of the tweet, Banks said “the title of first female four-star officer gets taken by a man,” a reference to Levine, who became the U.S. Public Health Service Commissioned Corps’ first openly transgender four-star officer.

Banks stood by his decision to issue the tweet. In a statement issued through Twitter on Saturday from his personal account, he said, “My tweet was a statement of fact. Big Tech doesn’t have to agree with me, but they shouldn’t be able to cancel me. If they silence me, they will silence you.”

My statement on being censored for tweeting a basic truth and banned from using my official account at @RepJimBanks👇 https://t.co/N5MBvJKz6g pic.twitter.com/bwQxhRAUOO

Conservatives have long alleged that they are targeted on social media for transgressing from left-wing dogma.

If you have a penis you’re a male..

If you had a penis when you were born, but you later had someone cut it off, you’re STILL a male….

If you’re BORN with a penis, you are male.

They can’t change TRUTH! It is what it is.

Gotta be Very satisfying to KNOW you’re a Dickless Demon, no matter WHAT you Proclaim to be or WHAT the Sick FUK Democrats “recognize” you as.
Hell, Democrats think of Themselves as “enlightened, intelligent, fair” human beings. Can ga’ GET MORE BLIND TO REALITY and THE TRUTH than That?!!!

It’s not nice to TRY to fool mother nature!!