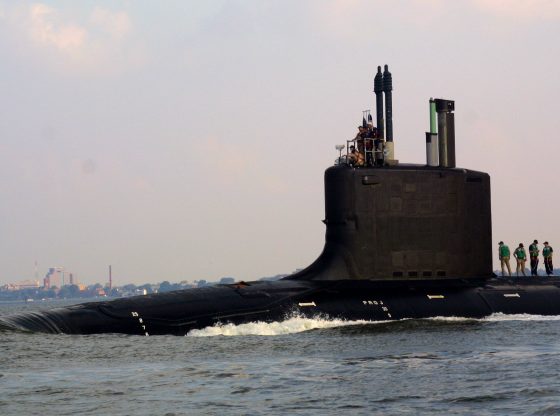 A top engineer for the US Navy and his wife were arrested over the weekend and accused of attempting to sell sensitive US secrets to a party they believed to agents of a foreign power.

Jonathan and Diana Toebbe were arrested on charges of violating the Atomic Energy Act.


For over a year Jonathan and Diana were actively engaged in espionage with a party they believed to be a powerful US adversary but which in reality was actually the FBI. During this time the duo exchanged highly classified information regarding the propulsion systems of US nuclear powered submarines in exchange for significant sums of money, including one case in which they were paid 100,000 by the FBI as part of the investigation.

As The Hill notes:

In June 2021, the FBI paid Jonathan Toebbe $10,000 as a sign of good faith. Then, about a week after sending payment, the agency began conducting dead drop operations in Jefferson County, W.Va. A dead drop is a form of exchange commonly used in espionage to drop off information in a hidden spot where a party can receive the information without being seen by the public or police.

During these operations, Jonathan Toebbe was physically seen at the agreed-upon location and was identified as a government employee. Diana Toebbe was observed to be nearby, assisting him with the dead drop operation.

Following this operation, in which the FBI received an SD card from Jonathan Toebbe, another $20,000 was paid to the Navy employee.

In August, Jonathan Toebbe conducted another dead drop operation in which he hid an SD card in a gum wrapper. After he was paid an additional $70,000, Toebbe sent the FBI a decryption key for the SD card. All the information that Toebbe handed over was found to be officially restricted.

The couple was finally arrested during a second ‘dead drop’ operation (a term used to describe a situation where spies exchange information at low profile, out of the way locations) in West Virginia.

MD: Navy nuclear engineer, Jonathan Toebbe, and his wife, Diana, are facing espionage-related charges after attempting to pass information about the design of American nuclear-powered submarines to someone he thought was a rep. of a foreign government but who was a @FBI agent pic.twitter.com/ZZOkxopJYA

Perhaps most shocking of all, it appears that the couples’ politics, which Diana reportedly broadcast all over social media, where extremely liberal:

A Twitter account appearing to also belong to Diana Toebbe shows her following various “resistance” accounts in protest of Trump, including the “Rogue NASA” account described as “the unofficial ‘Resistance’ team of NASA” on its description.

Both of the Toebbe’s are also reportedly registered Democrats.

Hang the bastards for treason

I would supply the rope

I would gladly exterminate them

strongly support and request death penalty for these scumbags

Yes, hang them along with that 4 star General.

Milley… ok may have spelled that wrong but who cares