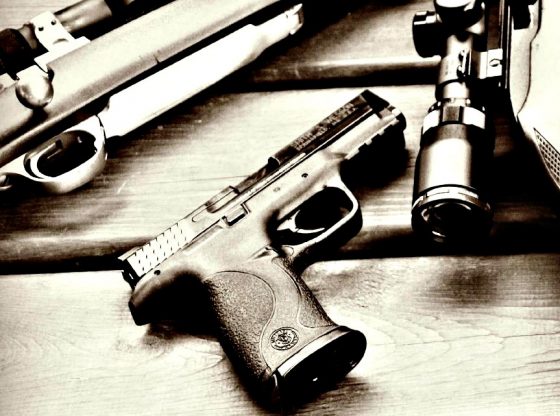 Legendary gun maker Smith and Wesson has now announced that it will be fleeing its home state of Massachusetts for Tennessee over legislation that would prevent the manufacture of many popular firearms.

The legislation, if enacted, would prevent Smith & Wesson from manufacturing products that accounted for more than 60% of its revenue last year.

“These bills would prevent Smith & Wesson from manufacturing firearms that are legal in almost every state in America and that are safely used by tens of millions of law-abiding citizens every day exercising their Constitutional 2nd Amendment rights,” Smith & Wesson CEO Mark Smith said in a statement.

Smith & Wesson has been located in Springfield, Massachusetts, since being incorporated in 1852. That facility will remain operational, but others in Connecticut and Missouri will close as part of the consolidation.

Upward of 750 jobs will move from those facilities to the new headquarters in Maryville, Tennessee. Employees who cannot make the move will be offered enhanced severance and job placement services.

How much economic pain can Liberal states take in their quest to take away Americans’ Constitutional rights?

Hooray for S&W!!!!!! Get out of socialist/CATHOLIC states and move to AMERICAN states.

Did the demonrat priest that molested you move to a different parish or did he stay at your parish and only change his name . . . . .

This is Me, Is that You
Reply to  vladimir

C’ mon, vlad, RAISE Yourself up a little, fella

Come on Richard ! Your really up in age now and need to stop that kind of language if you want to visit the devel in hell.

Can’t spell Devil correctly but hang in there he may spell your name correctly after he takes your Catholic hating soul.

Are you proud of your Pope ? You know he really isn’t a Pope , he only holds the Title .

The communism can easily spread to other states. The commiecrats needs to be completely destroyed

Keep on eating your globalist pills sofie and maybe one day something will sprout and you can stop to “imagine” alfie .

Get back on your meds, you are very sick puppy.

The absolute Truth does hurt so many .

Guys, guys, guys. Enough. Who cares about religion as part of this topic? Focus on the issue. This is not about Catholics against pagans, or jewish, or muslim (well maybe muslim). As they said in the movie “The Right Stuff” – “This ain’t about pu88sy. This is about monkey.” This is about our 2nd Amendment rights and it is us against the Commies/Socialists/Fascists/Radical Muslims and the Democrats. Band and stand together. It is us against them.

Now being flooded with Haitians and Afghanistan invaders …. We will need those guns to protect or families and property from criminals coming over the border in droves ! Buy ammo and guns… locked and loaded ! If you think these people are the cream of the crop….. think again !