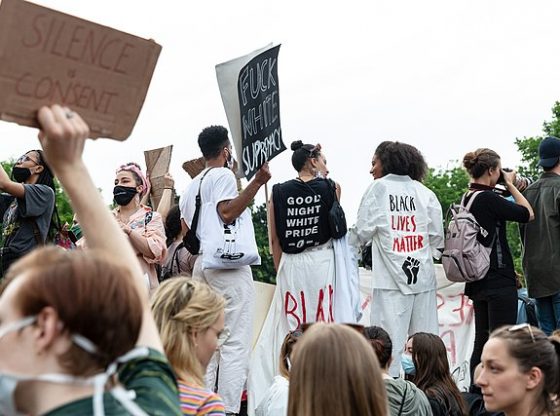 In an open letter, a group of black scholars sent a letter to the National School Boards Association and local school boards nationwide urging them to drop a curriculum inspired by Critical Race Theory.


Posted on “1776 Unites,” an organization that crafted curriculum to counterbalance the New York Time’s “1619 Project,” 21 black scholars said that Critical Race Theory and the “narrative of racial grievances” are having a “damaging effect” on low income and minority children.

“The prevailing narrative of racial grievances has been corrupting the instruction of American history and the humanities for many decades, but has accelerated dangerously over the past year,” the letter reads. “The most damaging effects of such instruction fall on lower income minority children, who are implicitly told that they are helpless victims with no power or agency to shape their own futures.”

The signees say they represent a nonpartisan and “intellectually diverse” group of black-led writers, educators, activists, and thinkers who are “focused on solutions to our country’s greatest challenges in education, culture, race relations, and upward mobility.” Among the group are thought leaders such as Bob Woodson, who created “1776 Unites, John McWhorter, an associate professor of Columbia University, and Glenn Loury, a professor of economics at Brown University.

According to the letter, the group finds it to be problematic that teachers allow the “racial grievance” narrative to dominate nearly every classroom, while data shows that only a tiny portion of America’s students are performing at or above proficiency standards in civics and history courses.

“These dismal achievements in gaining an understanding of democratic citizenship, government, historical facts and perspectives across time are low across all student backgrounds and virtually unchanged from the benchmarks established two decades ago,” the scholars’ letter reads.

Change Your Life Right Now! Work From Comfort Of Your Home And Receive Your First Paycheck Within A Week. No Experience Needed, No Boss Over KDi Your Shoulder… Say Goodbye To Your Old Job! Limited Number Of Spots Open…
Find out how HERE…….
>>>> 𝐂𝐚𝐬𝐡𝐀𝐩𝐩𝟑.𝐜𝐨𝐦

It’s another leftist ploy. Like Pc. Lets teach our children how Biden and democrats stole election. Then let them know that ALL WERE EXECUTED for their treason. THE END

Fed Up With the Sell-Out

CRT, the New Racism, sponsored and approved of by the Old Party of Slavery. The Democrats. Some things never change.

Democrats brought blacks here in chains and have kept them there for 300 years. Now they’re wrapping those same chains around whites. But strangely, both blacks and whites keep voting for them.