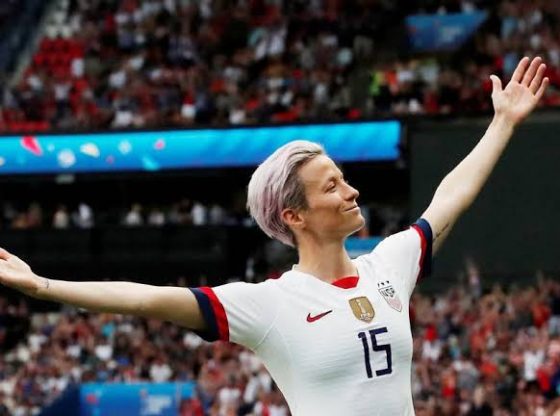 The U.S. Women’s Soccer team was utterly humiliated on Wednesday morning, suffering a 3-0 loss to lowly Sweden after they took a knee to support Black Lives Matter.

All 22 players on Team USA took a knee in solidarity with the radical leftist group Black Lives Matter before the game, a major point of contention with U.S. fans.

U.S. came into the Tokyo Games with the number one ranking in the world. Sweden is ranked fifth in the world and notably knocked out Team USA on penalty kicks in the 2016 Olympics in the quarterfinals.

The two teams last paired off in April, which resulted in a 1-1 draw, the only game the U.S. women had not won since January 2019.

Team USA will be back on Saturday to play New Zealand at 7:30 a.m. EST.

Was this a bit of karmic justice for the consistent anti-American and pro-BLM attitudes expressed by many of the players?

These foolish women deserved to loose and they did. Congrats’ to their opponents.

In accordance with Olympic Rules the USA Women’s Team Should be disqualified from further play and sent home humiliated as they should for their support of the Communist “Black Lives Matter” organization that does not represent soo many people of color in the USA!! ALL LIVES MATTER!! If the BLM mattered then they should be doing something about the Black on Black murders in the USA. Their platform is a communistics platform and they should be treated like anyother political Party and regulated the same!!