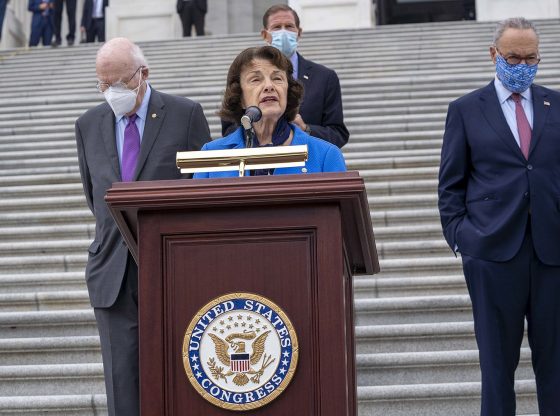 Democrat Senator Diane Feinstein has, like many Americans, decided to take advantage of the currently red-hot housing market to sell a property. However, unlike most Americans, the home Feinstein is trying to sell is astronomically expensive.

Included in the property is a 278-foot slice of a white sand beach.

In all, the compound’s asking price has been set at $41 million – which is down from the $46 million asking price that it was briefly listed for back in 2020, according to Realtor.com.

Feinstein, at 88, is the oldest sitting US senator. While she filed the initial paperwork for another reelection run in 2024, she has not stated her intentions for another possible run yet.

Feinstein’s current net worth is estimated to be 88 million, an impressive figure for someone who claims to merely be a public servant.

I can’t wait for that old rotten C__T to kick the bucket. Talk about one of the many things that is rotten about politics.

Why do people just keep voting such candidates back in every time???? People talk about “term limits” …..but voting is “term limits” ….if you use it as such…..boggles the mind…..