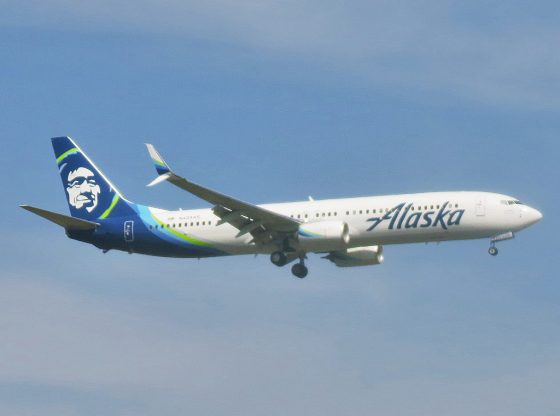 Alaska Airlines has now taken the unprecedented step of banning GOP state senator Lora Reinbold from flying on its planes after she refused to comply with the airline’s mask mandate.

The announcement of the ban comes after a video was posted to Twitter showing Reinbold in an altercation with airline staff over their requirement that she wear a mask.

Alaska Airlines has banned state Sen. Lora Reinbold (R) due to her refusal to comply with its COVID-19 mask-wearing mandate.

The company announced its decision to the Anchorage Daily News. “We have notified Senator Lora Reinbold that she is not permitted to fly with us for her continued refusal to comply with employee instruction regarding the current mask policy,” a spokesman said in a statement.

The ban follows the release of a video that appeared on Twitter last week, reportedly showing Reinbold in an argument with Juneau International Airport security over its mask mandate.

In the video, an airport worker is heard telling Reinbold that she needs to wear her mask covering both her mouth and nose if she wants to get on the plane. Earlier, the Republican lawmaker asks for and takes down the names of employees she is interacting with, as well as the name and badge number of a police officer involved.

Whoa! A source just sent this video of Sen. Reinbold at the Juneau airport. She was refusing to wear the mask and the police got involved! She’s also filming @AlaskaAir employees and asking for their names. Hyper loose. A second video is below. #akleg pic.twitter.com/EfaoSU3K9k

Not to mention MIT!!! I’ll believe MIT over Fauci any time.