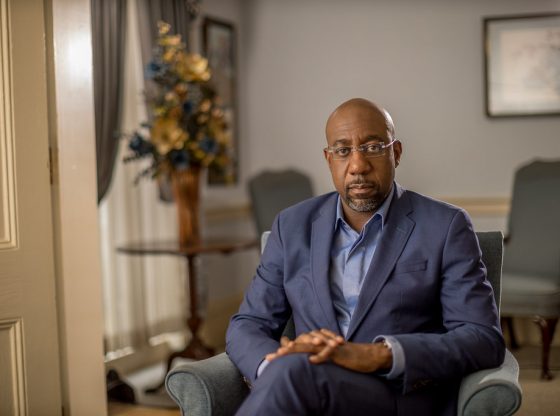 King discussed how he plans to beat Warnock, the stakes of the upcoming Senate election in Georgia, and how it’s time to finally ‘un-cancel America.’

“We have to decide right now if we’re going to be knocked down or knocked out,” the GOP Senate candidate in Georgia told Fox News in an interview. “Personally, I’m ready to take back the state and fight for our future and the future of our country.”

Last week King, the owner of an Atlanta-area construction company, became the first Republican candidate to launch a 2022 challenge against Democratic Sen. Raphael Warnock, whom the GOP sees as one of the most vulnerable Senate Democrats up for reelection next year.

King, a military veteran and one of the most prominent Black supporters in Georgia last year of then-President Trump’s reelection campaign, is emphasizing his fight against so-called “cancel culture” during the initial days of his Senate bid.

“We have these career politicians and woke corporations and even this overall cancel culture, they’re all empowered while our families and small businesses and people like us are just left to pay the price,” King charged. “It’s just not right. Frankly, we need to un-cancel America and be proud of who we are.”

People can only be canceled if we allow it to happen. Stand up to the commie bastards

A pawn of satan, a false prophet, and most of all the one who fleeces the flock every Sunday then bends over for the Democrats on their plantation.

This Warnock fool was not elected he was put in the Senate by voter fraud the same as Joe Biden. Any fool knows this from the video of the fraud in Fulton Co. No investigation or arrest were made because of crooks in the Governors office and the Secretary of States office. No question this is all occurring because of democratic voter FRAUD.JOE BIDEN IS NOT THE PRESIDENT AND WARNOCK IN NOT A SENATOR AND ARE CRIMINALS.

You are 100% correct. The evil Democrat Political Party has been working on several ways to cheat the system. The Covid pandemic gave them the opportunity to steal the Georgia Senate elections. Mail-in ballots is the easiest way to steal an election and the Democrats know it and use it.

Right on the money, their stays inpower will be short. H