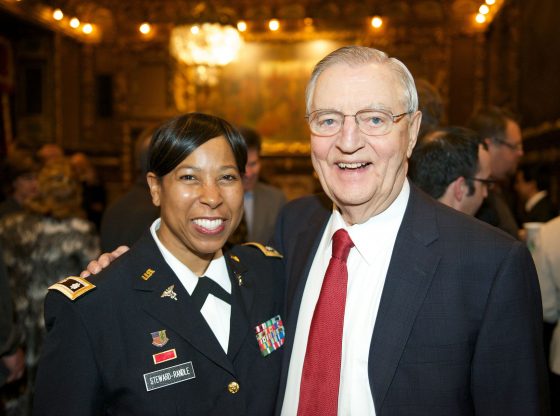 Former Vice-President and former Democrat Presidential nominee Walter Mondale passed away on Monday at the age of 93 at his home in Minneapolis, Minnesota.

Mondale served as Vice-President for former President Jimmy Carter during his single and only term in office and also was won the Democrat party’s nomination for President in 1984 before going on to lose to Ronald Reagan.

Kathy Tunheim, a spokesperson for the family, confirmed the former vice president’s death in an email to The Hill. Axios first reported the news of Mondale’s death.

According to Tunheim, Mondale died peacefully of natural causes at his home in downtown Minneapolis at 7:21 p.m. while surrounded by his immediate family.

Prior to serving as vice president during former President Carter’s single term in the White House, Mondale represented Minnesota in the Senate for 12 years. Before that, he was Minnesota’s attorney general for four years. Mondale also held a post in the Clinton administration, serving as ambassador to Japan.

Mondale was the recipient of many calls and messages from friends and current and former public officials in his final days, according to Tunheim.

Why does anyone care what she has to say?

I thought he’d already passed away years ago. It’s been a long time since he’s been a subject in the news.
Didn’t like the man’s politics, but my condolences to his family and friends.

the problem for us is that the fake and corrupt media only pushes their evil narrative. Evidently, by this picture he was out and about using his life for good. Do you subscribe to Epoch Times? try that one and pay to subscribe it. The big money goes to the propaganda media.