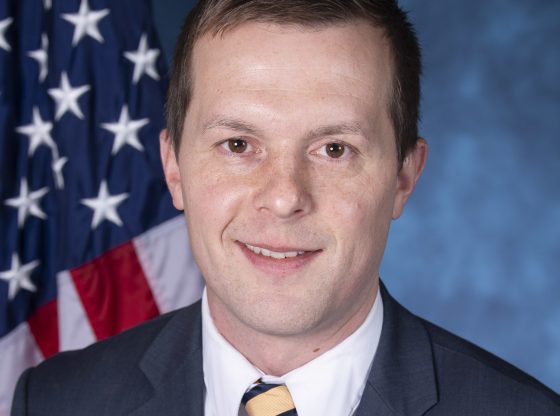 Jared Golden, a young two-term congressman from Maine and former Marine, has stood alone among his peers as the only Democrat in the House of Representatives willing to openly oppose Nancy Pelosi’s far-left agenda across a full spectrum of issues.

Golden voted against the recent 1.9 Trillion stimulus bill as well as against both recent Democrat gun control bills and another seeking radical ‘reform’ of police departments across the country.

Golden was an early opponent to the move by his party’s congressional leadership to advance the bill through budget reconciliation, which allowed the legislation to pass with Democratic votes only and avoided the 60-vote filibuster threshold in the Senate. And Golden was one of only two Democrats – along with Rep. Kurt Schrader of Oregon – who voted against the relief package in late February when it cleared its first House hurdle.

Explaining his opposition, the congressman wrote, “I know there are people who will continue to need assistance getting through the final stages of this pandemic, which is why I have argued that Congress should have addressed their needs with a targeted bill that extends unemployment benefits, funds vaccine distribution, and increases investments in our public health infrastructure.”…

Golden last week was also the lone House Democrat to vote against a bill that would expand background checks on all commercial gun sales. And he was one of just two Democrats – along with Ron Kind of Wisconsin – to vote against another measure that would close what’s known as the “Charleston loophole,” which allows some licensed gun sales to go through before a required background check is completed. Taking advantage of that loophole, Dylann Roof was able to legally purchase a weapon that he used to gun down nine people in 2015 at a historically Black church in Charleston, S.C.

Noting that “many of my constituents have a proud tradition of responsible gun ownership,” Golden highlighted that “to keep firearms out of the hands of criminal offenders, we need to strictly enforce the laws we already have in place and provide the existing background check system with the resources, technology, and staffing necessary to work efficiently and without error.”

Given Golden’s recent track record he very well may be more conservative than many anti-Trump Republicans within the current GOP and is likely to face a major attack from the far-left during any future primary.

Should Golden switch party affiliation and join the GOP? Let us know what you think in the comments below.

Sounds more like a Republican to me than a lot of those in office who claim to be a GOP member. I’d welcome him to the GOP, or he can remain an Dem and continue to stand against the insanity that most in his party are ascribing themselves to. It’s good to have a conservative voice in the Dem party.

globalists won’t allow him to win again, they will replace him with a real globalist puppet, democrat criminal party .

The commiecrats will pull out all stops to defeat him next election. He should come over to the republicans

Real republicans have a candidate, stupid—Donald John Trump===and those He sees as fit and loyal.

I was referring to rep. Golden. So now who’s stupid?

Their puppet is in office and exposing the communist international for their 100 year plan to OWN AMERICA. Dare they take Us on! We are LEGION.

Amen to that!! He’s not likely to survive unless he gets more support. Finally someone in congress that actually thinks for themselves instead of just following the party line. Wish there were more like him that stood for their beliefs instead of their re-election. It’s an absolute shame that our country has become so divided because of politics instead of common sense which is sadly scarce in Congress. Just follow the yellow stripe down the road to oblivion if you wasn’t to get re-elected. And yellow is what many in Congress are. They are hooked on the government tit and refuse to let go even to sacrificing their own morals….. if they have any!!!

We do live in troubled times where such as Mitt Romney destroys his party simply due to HATE & ENVEY for an outsider that captured the very soul of REAL AMERICANS.

I think he should remain in the Democratic Party and hopefully encourage other Democrats to distance themselves from the lunacy of Pelosi and Shummer and her other minions that tag along like a scolded dogs. I find it hard to believe that every Democrat in the House and Senate are as tolerant of the their leadership as we are lead to believe. True leadership should encourage and foster ideas from those they are around, the “It’s My Way or The Highway” style of leadership doesn’t work. Negotiations are what serves the best interest of all, having one winner and one loser accomplishes nothing, both parties need to come away from the table having won a battle but not the war, this preserves the dignity for all. Too bad our Leadership is too childish to recognize that, It’s time the People Changed the Leadership since the Leadership isn’t going to change.

Pelosi has her eye on the White House. Why do you think she forced all democrat reps, even those sick with covid, to come vote her back into speakership? This is a planned coup, why else a mentally defective candidate? Why else a very unpopular VP? Pelosi has planned this for over a decade and now she has the right circumstance to exicute her coup. Why else the fence and military in our capital?

Sounds exactly what she probably has in mind. If she were to accomplish this feat, I don’t think she would last very long; she has enough enemies that would not let that happen.