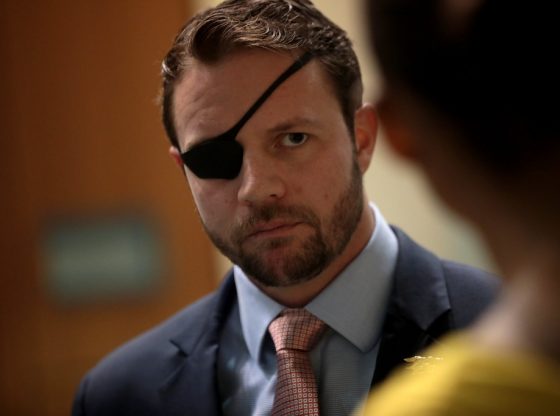 The future of the U.S. Senate, and the Republic, hangs in the balance.


I found the video – ‘Georgia Reloaded’ – entertaining, if a bit long at times, and effective to rally the conservative base in Georgia.

But apparently, others disagreed.

The epic saga continues, this time in Georgia. Everything is on the line. Donate to the fight at https://t.co/2j2lVY8Ak7 pic.twitter.com/N5T4zqmdpc

In a Tweet of his own, retired Gen. Raymond Thomas, a former head of U.S. Special Operations Command (SOCOM), dissed Crenshaw’s video, calling the video “embarrassing” and said he thought it was a “Saturday Night Live” skit.

The general served in several combat operations in Afghanistan, Iraq, and parts of Central America. Thomas retired in March 2019.

Watched this twice now. I was sure it must be an SNL or Comedy Central skit. Nope, just the base(r) level our political environment slips to with each succeeding day. There is a reason 100M people opted not to vote again this year. Embarrassing. https://t.co/FwmSQA626v

“In 2012, on his third deployment to the Middle East as a member of SEAL Team 3, he was wounded by an improvised explosive device in Afghanistan. He lost his right eye.”

The Texas video bills itself as the “greatest joint campaign ad in history.” In it, Business Insider describes, Crenshaw is shown receiving a secret mission to “save Texas.” Crenshaw then “parachutes into his state, where he recruits a team of local conservative leaders, all of whom have national-security or military backgrounds.”

In the “Georgia Reloaded” video, Crenshaw goes on another mission to combat “far-left activists” the video identifies as lawmakers like Rep. Alexandria Ocasio-Cortez and Vice President-elect Kamala Harris, among others, by rallying support for “American patriots,” in this case Sens. David Perdue and Kelly Loeffler.

Crenshaw’s response to the criticism? “Donations raised from this video? Over $100,000 so far,” Crenshaw tweeted. “Driving the left absolutely insane? Priceless.”

Share it. Donate. We will not lose Georgia. https://t.co/0tV5NEq1Wa

Is Crenshaw’s video embarrassing, or entertaining and effective? Or both? We report. You decide.

As a former Navy Corpsman, and having worked with Navy SEALS (SEAL/UDT in my day), I first of all admire that Rep. Crenshaw not only did 3 tours in the Middle East and lost an eye in the service of his country, but that he continues to fight for his country by trying to out all these leftist, socialist, communistic jag-offs who are trying to ruin our great nation under the pretense of so-called progressive ideas. The left is always trying to use false media narratives to drive their socialist agenda and they also use a lot of Hollywood idiots to do their bidding in skits and advertisements. So why not someone who is pro-America and pro-Republican Democracy, use some theatrics to get his point across and rally true patriots to the call to defend our freedoms by beating back the lefts attempt to steal another aspect of this election year. I say to all true patriots in the great state of Georgia that you too have a mission (should you decide to accept it), to turn back the tide of this fraudulent 2020 election be keeping the U.S. Senate in the hands of the Republican party. This is the only way we will have any checks and balance against the onslaught of leftist “reforms” that this new administration is looking to unleash on this country and it’s going to weigh the heaviest on those who support the true freedoms and the true rights that this country is known for and has provided ever since its inception!!

I agree 100%, Laser Ray. I’ll add that his video is the first thing that made me smile in a while. Thanks for serving!

Did you know that Tony Thomas blows weenies?

same here , I agree. and those who call it embarrassing, what have they done to protect this country from the evil doers who want to take away our freedoms, sit on their fat lazy ass and collect a pension ? maybe they enlisted in soros’ satans school for idiots

Kind of fun videos. I liked them. Looked more honest than some of the crap that comes out of Hollyweird. Kudos to Mr. Crenshaw. Too bad Tony, that’s the way SEALS roll.

Did you know that Tony Thomas blows weenies?