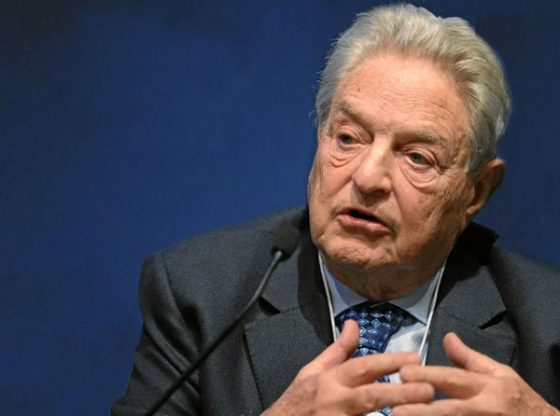 A PAC funded by leftist billionaire George Soros, gun-grabber Michael Bloomberg, and others is pouring over a quarter-million dollars into a plan to win two U.S. Senate seats and give Democrats full control over Congress.

The “Black PAC,” which bankrolls “get out the vote” operations in urban communities, is spending an additional $300,000 to win two Jan. 5 runoff elections in Georgia for both of the state’s U.S. Senate seats.


Both of Georgia’s Senate seats are up because, in addition to Sen. David Perdue facing re-election, appointed Sen. Kelley Loeffler is running in a special election to finish the term of retired Sen. Johnny Isakson.

Winning both seats is absolutely critical to enacting a left-wing agenda. Democrats control the White House and U.S. House of Representatives. Republicans currently lead in the U.S. Senate by a 50-48 margin, with both of Georgia’s seats undecided. If Democrats can win both the Senate will be tied 50-50 with Vice President Kamala Harris breaking the tie.

“The Black PAC is heavily financed by left-wing billionaires, dark money, and the Chuck Schumer-tied Senate Majority PAC. It received $1.5 million from the Democracy PAC, a super PAC created by Soros, and $6.32 million from Bloomberg. The Sixteen Thirty Fund, which has been used as an avenue to push $55 million in secret cash into the 2020 elections, gave $2.25 million, while the Senate Majority PAC added $1 million. Other liberal groups, such as America Votes, Unite the Country, and various union PACs, have added millions more,” Fox News reports.

Federal Election Commission records show the Black PAC raised nearly $24 million dollars between January 2019 and mid-October of 2020, and still had half that cash on hand to spend as of October 14.

While the Black PAC’s spent around a half-million dollars on polling and radio and TV ads in this election, its main focus is funding “canvassing” operations, in which staffers go door-to-door to voters to collect information and make sure liberals either mail in their ballots or vote in person.

Its executive director is Adrianne Shropshire, a well-known radical feminist.

…as I’ve often said…if elections can be purchased (as well as rigged by foreign-owned voting machines) then normal people might as well not even bother to vote…the crats will ALWAYS outspend Real Americans…but as has been proven many times….the fascists can throw as much money as they want at an election, the only time their money is the deciding factor is when the voters are stupid and/or ill informed…as in 2008…but, as was shown in 2016 unlimited fascist-cash was mostly irrelevant…

There’s going to be a special place In Hell for these arrogant elitist bastards who try their damnedest to control this nation. Money can’t buy enough to get your way out of hell. Rave on Cat shit, some one will come along and cover you up…

Soros and Bloomburg have a special place waiting for them:)