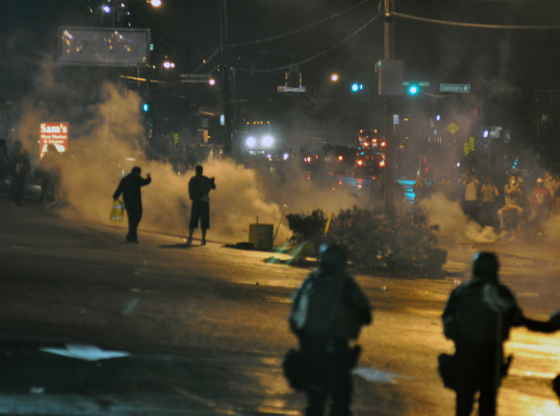 SPECIAL REPORT – With the 2020 presidential election still undecided, many U.S. cities have prepared for post-election violence. Businesses – mostly in Democrat-run jurisdictions – have boarded up shops and storefronts and even hired private security in anticipation of riots.


While much of the majority media incessantly and deceptively harps on white supremacists, or “right-wing militias,” credible bipartisan polls show 85% of Americans expect any post-election violence to come from the Left.

This is reinforced by what I have personally witnessed, and the intelligence I have seen as a security and risk consultant on this very issue. Most of the information I am seeing involves well-organized and funded left-wing groups with plans and structures in place for months.

These groups include Black Lives Matter (BLM) ShutDownDC, Protect the Results, and others. Meanwhile, though it cannot, and should not be discounted, and classified reports may exist to prove otherwise, I have not been able to find or document any similar specific information from any right-wing groups.

Elizabeth Neumann, former Assistant Homeland Security Secretary for Counterterrorism and Threat Prevention, said, according to Defense One that she believes a planned, organized, violent attack by an illegal militia or other domestic extremist group was a low-to-medium-likelihood event. But she provides no specific examples or substantiation.

McDaniel Wicker, vice president of strategy of the data analytics firm, Babel Street, said in Defense One, “On the right, you saw more of, ‘Go get your ammunition now, take up arms if necessary.’ He argues that right-wing groups have called on followers to arm themselves in anticipation of election-day violence, but not urged followers to actually instigate violence. rather to be willing to defend themselves if attacked.

The Left, on the other hand, appears far more organized and prepared. According to one news report:

Several leaked documents and Zoom call recordings described a loose but coordinated network of activists seeking to mobilize around the country, especially if Democratic presidential nominee Joe Biden loses or if President Trump contests the election results. The materials purportedly showed plans to shut down federal buildings, including the White House, and to meet members of Congress at public transportation portals when they’re scheduled to reconvene in Washington after the election.

The apparent goal: to continue the civil unrest from Election Day until at least later this week — and potentially until the presidential inauguration in January.

In D.C. on election night, almost all protestors and black-clad instigators I saw near the White House were Joe Biden supporters, BLM supporters, or otherwise on the Left. The few documented incidents of violence were launched by them against Trump supporters or others on the Right.

This included one man I witnessed being chased and assaulted near BLM Plaza, and later, multiple stabbings of supposed members of the right-wing ‘Proud Boys’ group a few blocks from the White House. I have seen no reports of any assaults against leftist or pro-Biden protesters in D.C.

One journalist from the conservative news site BlazeTV, reportedly had to take refuge in D.C., even with armed security provided by his employer, after being told by a liberal journalist that rioters wanted to ‘assassinate’ him.

A liberal journalist also came up and warned me

I have armed security compliments of @BlazeTV

Need to abort: this is getting very heated https://t.co/CiXVvnDu3S

What is wrong with these people, we are all Americans and have one of the best countries in the world.

GREED AND POWER , THEY HAVE BEEN MISTAKEN FOR US BEING ROLL OVER AND PLAYING DEAD!

They are not Americans. They are proselytes for totalitarian slavery. Their agitators infest our streets, and their counterparts are inserted into our government. They work together hand in glove. They are the enemy within the gates. Recognize this fact, organize, and destroy them.

we have one person to blame and his name is George Soros he owns the democrats and has his own army its called antifa.He spent a billion dollars on the election and Biden is his puppet

I wouldn’t say that the left is more organized, in fact less so. They have poked the monster, when it turns and seeks revenge? “Mommy.”

So people voted for the candidates who are going to riot, murder, burn your business. Makes a lot of sense. Hope your people love living under communism.

It is amazing to me the number of American Citizens that are Voting for Marxism & communism. Anyone voting demonRat is looking to be Venezuala or Cuba. I guess they truly hate America as designed 244 years ago.

Originally this all started at the top. Our Federal Government has some of the most dishonest people in Political positions, like the deep swamp. Obama and Biden together tried to get President Trump from even being able to run for the presidency. Than Obama and Biden go after General Flynn to try to bring down our duly elected POTUS. It all started with Hillary and worked its way up to the Oval Office where Obama and Biden were putting together a plan with our own Intelligence agencies to make false Accusations Against President Trump and after spending $35-45 Million dollars of the Tax Payers Money their plan proved nothing to try and remove President Trump. AG Barr and John Durham had enough time to start bringing all the Russia Hoax players to court to be tried for all their wrong doings for the last 3 1/2 years. Any one who breaks our Rule of Law should be charged with the crimes they committed or our Rule of Law is gone forever. Maybe Barr is afraid to bring Charges against Obama and Biden, but just look at what the DNC is doing illegally in regards to our Laws regarding our election process. Joe Biden has done nothing in 47 years in Office and President Trump has done so much for our Country even without the help of the Democratic Party. This last four years was a tragedy that no President should have to go through as the Commander-in-Chief of our Nation. President Trump had Rallies all over the Country to bring his message to the American people as Joe Biden stayed out of sight and out of questioning distance. So tell me that you don’t think that this election is being bought by the sneaky Democrats with the help of Billionaires Soros and Bloomberg. I will never speak to another Democrat voter or Politician if Biden buys his way into the Whitehouse.