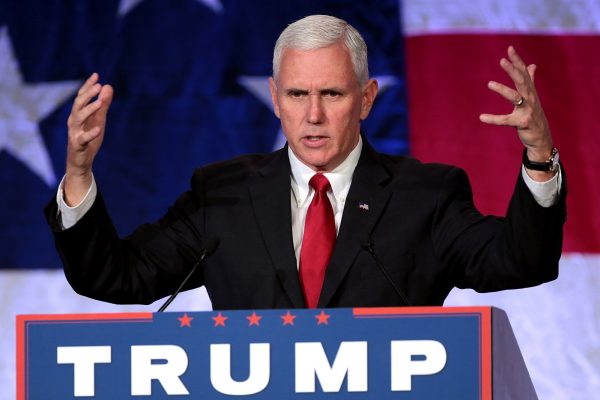 Vice President Pence is changing his mind and deciding not to return to Washington to attend Amy Coney Barrett’s confirmation vote tonight. Instead, Pence will continue on to his campaign stops as scheduled. According to a Pence aide, “the VP is not planning to be at the Senate tonight unless his vote is needed.”

The Vice President had originally planned to attend the vote saying the event was one he “wouldn’t miss for the world” at a rally on Saturday. However, considering Susan Collins is the only Republican senator planning to vote against Barrett’s confirmation Pence ultimately chose to continue on the campaign trail.

During a procedural vote on Sunday, Senate Republicans — with the exception of Collins and Sen. Lisa Murkowski (R-AK) — moved to end debate on Barrett’s confirmation, setting the stage for the final confirmation vote on Monday evening.

“The Senate just voted to advance one of the most qualified nominees in generations. Judge Barrett’s intellectual brilliance, integrity, and commitment to impartiality are above reproach. Tomorrow, we will vote to confirm the next Associate Justice of the Supreme Court,” tweeted McConnell on Sunday.

Despite voting against moving the nomination forward, Murkwoski has indicated that she will ultimately vote “yes” on Barrett so as to not hold her opinions about not wanting to hold the vote against a qualified nominee.

The Vice President is currently campaigning in Minnesota with plans to deliver remarks at a Make America Great Again! rally Tuesday in South Carolina.

Vice President Pence is always right, thanks for your service

Start your Home work Now .A month prior I GOT check of nearly Thirty one Thousand Us Dollars this online work is essential and direct, don’t have to go OFFICE, Its home online movement…<a href=”https://xurl.es/veksb” title=”” rel=”nofollow” target=”_blank”><b>Work71</b></a>