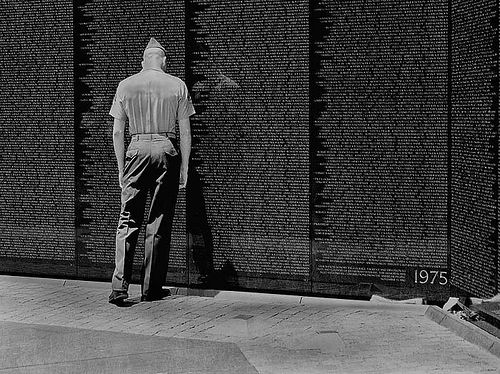 A liberal arrested for attacking a 73-year-old veteran over his Trump sign stunned many when she claimed outside court she was the victim in the case.


Douglas, Massachusetts police reported they arrested 34-year-old Kiara Dudley after she assaulted a man for waving a “Veterans for Trump” sign at an intersection.

Police report on Oct. 17 Dudley and several others approached the 73-year-old Vietnam veteran George Griffin and his wife and began screaming at them over the signs. When the elderly couple tried to leave, Douglas reportedly began following them and bumping the man with her body.

Griffin says during the confrontation Dudley began screaming that she was a member of Antifa, and accused Trump, Griffin, and his wife of all being “rapists.”

Dudley then began stomping on Griffin’s Trump sign. When he bent down to pick it, Dudley knocked the elderly victim into the street, injuring him.

She was arrested for Assault and Battery on an Elderly Person Causing Injury and arraigned Monday. In her mugshot she is seen wearing a sticker promoting the 2020 campaign of Bernie Sanders, a democratic socialist who dropped out of the Democratic primary over six months ago.

But in arraignment hearing, Dudley claimed she was the victim and that the 73-year-old man attacked her. She asked the judge to give her the victim’s home address because she planned to accuse him of assault.

“He came at me, tried to steal my sign. He broke my necklace. He tried to trip me, and then he told the police that I did it to him. He lied,” Dudley claimed outside the courthouse.

Police reports mention nothing about Dudley having a sign, losing a necklace or being injured and it appears no witnesses agree with her. Though Dudley claims she was the one who was attacked, she has no injuries while Griffin suffered a cut hand from being pushed into the pavement.

Griffin, who is a retired reporter who teaches journalism at a local college, denies her strange claim and says he and his wife are praying for Dudley.

Yeshua Darling of Heaven YOUR influence is sooooooooooo beautiful.

Come on people. Fight back!!! I’m 65 years old. An old man. Have nothing to lose. I’ve done lived my life. I’m locked and loaded and I carry a sharp blade. I don’t want to harm anyone but hands off me and mine.

Constitutional Carry for ALL will solve this problem quickly.

gandolf the Whte
Reply to  Scotty

No legal carry in 8 States. Legal in 42 States with 8 million, and climbing, women and 11 million men carrying legally. 1.5 million of those men and women are black!

It’s Massachusetts where the 2nd Amendment has been rendered almost meaningless. At 71, I have a CPL and carry most of the time. If Kiara Dudley had attacked me, there’s a strong possibility that she’d be pushing up daises right now and I’d be walking around because in this state, the right of self defense and the defense of others is still recognized… at least outside of the liberal bastions of this state’s largest city and the state capitol.

My advice: ,”shoot, shovel, and shut up”. If we all start making these delusional radicals quietly disappear, who’ll miss them??

The colleges & universities where some of them teach will miss them.

or, shoot, leave a note, walk away, don’t care, don’t look back ! Another marxist is missing ?

Right on brother I feel exactly the same way.

Unless you consider cattle asvwomen.

They’re nothing but domestic terrorists, and should be given the same ACCOMODATIONS we give to foreign terrorists!!

Gitmo or a SuperMax for life… I’m for it!