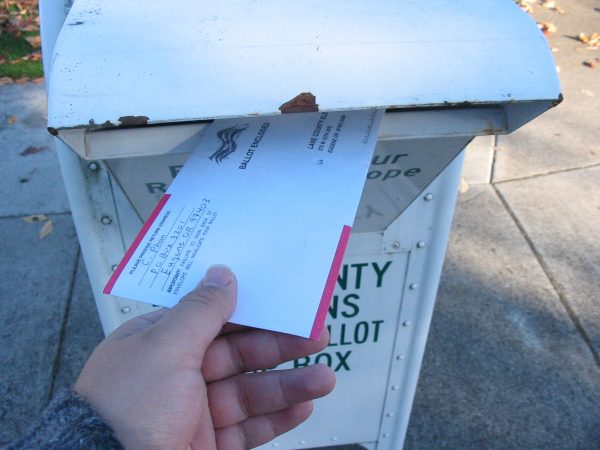 The North Carolina State Board of Elections told voters to discard incorrect mailings that were sent through tech company Civitech and its partner PrintMailPro.

“We would like to express our sincere apology for the error made by our data department on a recent mailing of voter registration applications for Civitech,” PrintMailPro CEO Shelley Hyde said in a statement. “This error caused incorrect information to be printed on the registration form of some recipients.”

Hyde added: “This was an isolated incident that affected roughly .3% of the total processed in North Carolina. We have taken corrective action in retraining our staff and have added checks to prevent this from happening again.”

Civitech, which works on voter registration efforts throughout the U.S., is contacting individuals who received applications with incorrect information.

Hybrid Warfare – Putin Using Russian Media to Influence Baltic States
U.S. Pressing for ‘Asian NATO’ to Counter China – and It May Be Working

Ohio was okay. There seem to be lots of problems in N. Carolina.

I can not imagine anyone with half a brain not realizing that this election is absolutely a fraud and another attempted coup. If both parties were worried about the outcome and the fairness you would think they would both be upset and complaining. Hmm however, no democrats seem to be concerned at all. DOES THAT NOT TELL YOU SOMETHING? They are aware of who is being hurt and they know it is NOT THEM. Bingo, thus a COUP. yet again.

Some never got to vote what about Nursing Homes

The harvesters here take them the ballots and have them sign it and tells them they will fill it in for them! OR pay the homeless to sign and they will fill them in! CA is the HOT BED OF FRAUD! JUST LOOK WHO SEEM TO BE CALLING ALL THE SHOTS!

Truer words were never spoken. If the democrats were having voting fraud it would be blasted all over the Internet and on the liberal news media. This is meant to hurt the conservatives and republicans. It has been documented that many Trump ballots have been dumped or not counted. I do not hear that about democratic ballots.
Last election I viewed actual people on the news/Internet bragging how they got a cell phone to vote and it was immediately taken off the air/Internet. I knew then there was complete fraud. They also extended voting hours in certain cities/counties. That should never be allowed for some and not for others. Fraud again. Voting times and places are set and that must be adhered to- no exceptions.

They want another Civil War, they think antifa and black lives madder are soldiers.lol

No, they are merely cannon fodder to be thrown away. This is a Globalist-run UN series of agendas, and we are NOT signed in top ANY OF THEM, it is illegal and immoral.I think we will come through this, it IS the “11th hour”, but the Globalists are known and we DO have the power to take them all out, to cut the head off of the snake, as it were.

Remember obummer talking about putting HIS army together. that only answered to him. REMEMBER people what he Obama told us and was ignored .REMEMBER he said the people would never put it togather ,they were too lazy

SOOOO agree. I contest this mail in voting here and now! Truck loads being dumped in CA! The primaries were a fraud. Go to a site they gave and OOOPS there was a glitch. NEVER knew if my vote was counted and NEVER saw a list of the winners. Guess who ever counted the votes picked the winners! When I called to see who, when, and where the votes would be counted, a VERY NASTY LADY told me that was none of my business! SO like all the rat run states!