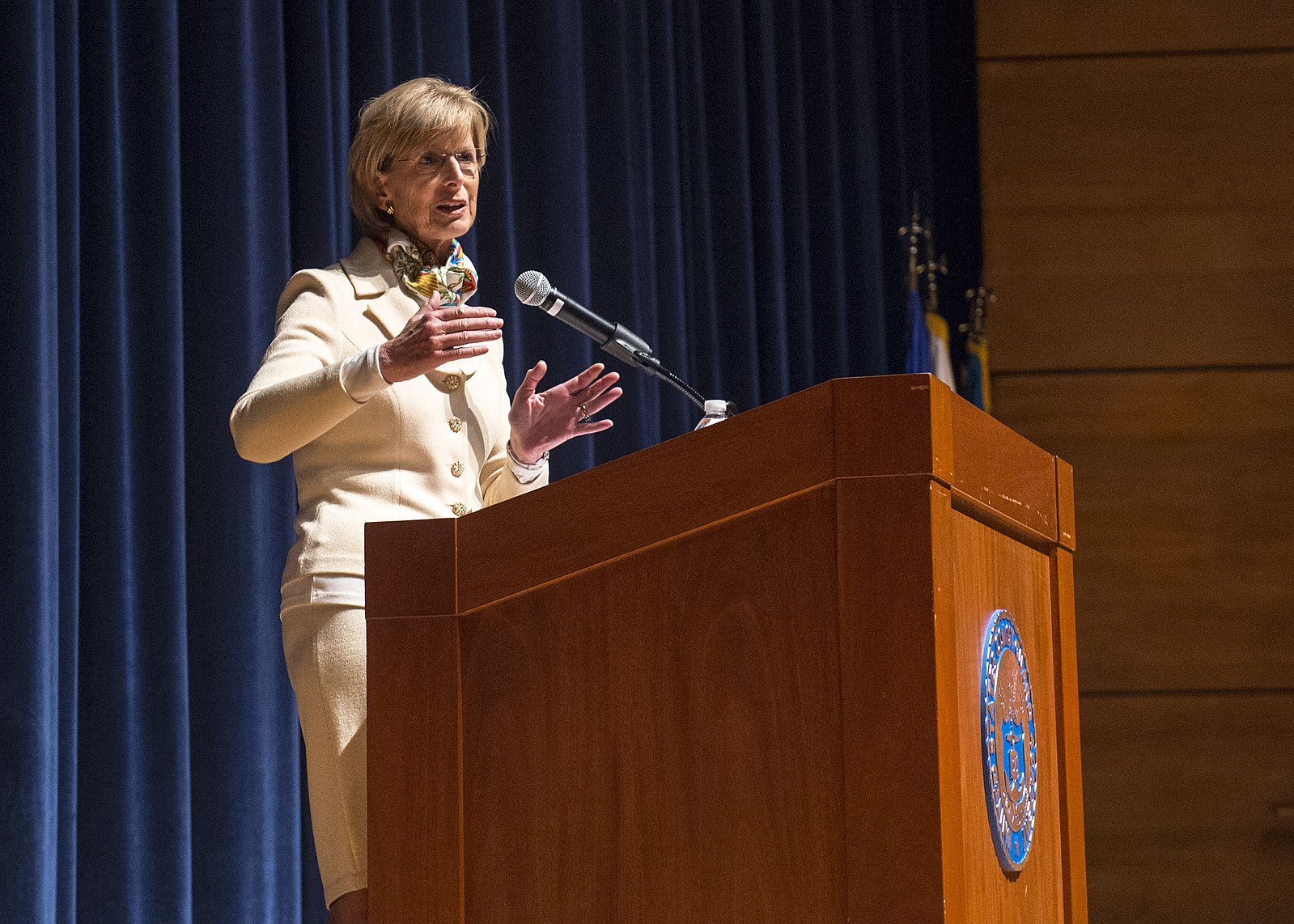 A group led by former New Jersey GOP Gov. Christine Todd Whitman said Friday it would be spending “at least” $10 million on a digital, television, and direct mail campaign in key states with the intent of defeating President Donald J. Trump in his bid for re-election.

“Millions of lifelong Republicans who have voted Republican in every presidential election are ashamed of Donald Trump’s lack of decency and incompetence,” Whitman, the former director of the U.S. Environmental Protection Agency under George W. Bush and national chairwoman of the Steering Committee for Republicans and Independents for Biden. Her group is one of several composed of one-time GOP elected officials and political consultants who are engaged in efforts to stop Mr. Trump from winning a second term.

The campaign will be surgically targeted, the groups said in a release, to suburban voters, particularly suburban women who, it claimed, “have been fleeing the Republican party in droves” over concerns for Mr. Trump’s character and his lack of empathy for the American middle class.

“His refusal to follow the science has led to over 200,000 American lives lost to the pandemic and voters across the country know it. Republicans and Independents For Biden will spend the rest of this election letting Republican voters know that it is okay to set our partisan differences aside in this election and vote for the only decent, experienced, leader on the ballot,” Whitman – who was twice elected governor of New Jersey with less than 50 percent of the vote said.

The group’s first ad in the campaign, “Daughters,” will initially begin appearing in the battleground states of Florida, North Carolina, Pennsylvania, and Arizona almost immediately across multiple platforms, including YouTube, Facebook, and television streaming services.

Florida, North Carolina, Pennsylvania, and Arizona are all home to pockets of suburban women who voted for Trump in 2016 but, according to polls the group conducted for the ad campaign women, “are not only concerned about his glaring character deficiencies, but also his incompetent and inadequate response in addressing the coronavirus.”

According to its release, Whitman’s organization is “affiliated with and paid for by The Lincoln Project,” a group formed by high-profile GOP operatives, several of whom are veterans of the McCain presidential campaign. The group has been criticized by many regular Republicans for taking multiple, large dollar contributions from Democrats and for expanding its efforts into campaigns for the U.S. Senate with the intent of flipping control of the body to the Democrats in the 2020 election.

Ashamed my foot! They are afraid they may be caught or stopped from some activity that is not allowed.

Probably the Child Sex Traffickers are mad because Trump is squashing their business.

Is anyone surprised by this? If there was a book of how to act a fool and deceive the American people, this would simply be another chapter.

And so all you AntiTrump SOBs are perfectly happy electing people who will destroy America? Don’t bother calling yourselves Republicans if your hatred is so bad that it blinds you to the harm on the other side. Why don’t you take those millions and spend it in helping others.

Agree 💯%. If you love the U.S.A. and see what the democrats are trying to do to this country, everything ungodly, you cannot in good conscience vote for Harris/Biden. You are not a Republican. Article is full of lies. All I see is blind rage. Shameful.

Trump is hurting their illegal income.

This Anti-Trumper from N.J. should get together with the other spenders (or should I say Republican funds wasters) are ready to spend millions to oust one of the Presidents who has kept his campaign promises. A Covid Pox On Them All for giving the Left exactly what they want and trying to destroy this Nation.